Eli and Renee's Story is Fabulous 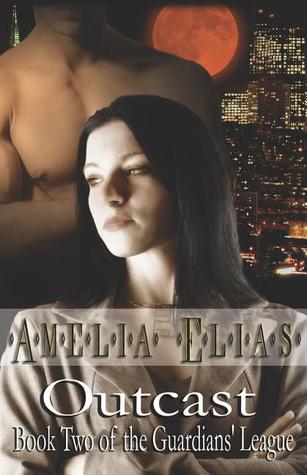 Outcast is Elias' second book in the Guardians' League series, and it raises the curtain on the story of Eli and Renee. I was just as impressed with it as I was with Hunted - and this time, also a little flabbergasted. I wish I'd read this book when it was originally published. Why? Because had I, the when reading the similarities that exist between Eli's history and origins and Sherrilyn Kenyon's history and origins for Acheron, all the kudos for originality and brilliance would've landed in Elias' corner.

That being said, don't disregard Elias' Guardians' League if you've already read Kenyon's Dark Hunter series. It's not just a mimicry of others' works. It's fantastic, has it's own aspects of originality, and in some ways, is better than others in the genre. Personally, I think Outcast in particular is a better read than Acheron (sorry, Kenyon) in the romantic pairing area, especially when comparing the female lead in Outcast, Renee, and her relationship and its development with Eli. They fit together in a way that Kenyon's mate for Acheron didn't (IMHO).

And speaking of Eli and Renee...woah, wow, and holy heck. It started out rocky, and several of the Guardians don't exactly embrace Renee, as she was turned by an Outcast but sheltered by Eli. Eli has two choices - act as her Sire and protect her from potentially turning Outcast herself...or kill her. The conflict in him grows to titanic proportions as feelings for Renee that no sire would or should have for his fledgling start to grow beyond anything he's ever had any experience with. And Renee, a young woman who'd been the poster child for normalcy as a human, is suddenly not just a new vamp, she's an extremely strong fledgling with skills other vampires don't develop for centuries - if at all. And adjusting to those changes with limited info coming from Eli and even Guardians hating her violently is stripping anything "normal" from Renee's life with startling insistence.

It was fantastic, really. Only the fact that it's not the most original premise for the arc of the series is keeping these books from a five star rating for me. Outcast is, however, even better than Hunted, the first in the series, and I truly hope that Elias plans to continue the Guardians' League series after Chosen. It would be a true short-change for readers who enjoy quality paranormal romance if she doesn't.