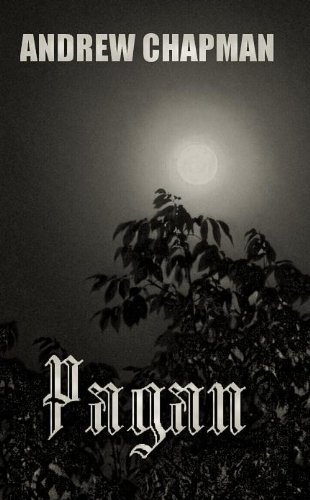 They call it Black Tuesday, that day five years ago when vamps around the world came out of the coffin and laid siege on the human population. Through a combination of money, propaganda, and fangs, they've been taking over ever since. In some corners of the world they've conned their way into a sort of sick popularity and are revered. In others they're viewed as misunderstood, sympathetic creatures suffering an affliction.

In England, where the vampires have taken control of the north and turned the country into a militarized zone, they're hunted as the blood sucking monsters they are. On the front lines is Jack "Pagan" Henderson and his team of hunters. He's the best of the best, a legend in his own time, and a well recognized figure in his country.

He's also funny as hell, with a quintessential and dry British humor, sardonic and self-effacing, that I found instantly appealing.

The vamps are winning the public relations war and more and more pressure is brought to bear on the hunters as public support for their cause wanes. A war is brewing; tensions are rising...and surviving is getting harder and harder.

I am so glad I came across this book. I found the concept a wonderful change from the current standard (sexy but tortured hero vamps and the women who love them) and the way that standard was addressed and included into the world building was ingenious. Pagan was a breath of fresh air as the male lead. A hardened warrior with a sensitive soul, his character offered up humor and kick-ass intensity. He was the driving force behind this character-driven story and as far as I'm concerned, he can drive me anywhere he wants.

Chapman put together a very nice book with a economical plot, strong hero, and enjoyable secondary and ancillary characters. At its core, Pagan is simple: vampires are bad; kill them. From that core springs a seasoned and intelligent war book that focuses on the brotherhood of warriors and their interactions. The narrative is rife with humor as told from Pagan's first person point-of-view, flows smoothly, and is technically sound.

I could have done without the excessive weapons and artillery descriptions and acronyms. There was way too much boy-with-his-toys. Of everything, that was the most serious detractor in the book for me. I can appreciate the knowledge that it took to pull that off, but for a layman and a person who reads for enjoyment, it was unnecessary and I felt it bogged down the plot pacing. My mind started to glaze over whenever Pagan started to describe his weapons, and I think that's what kept my emotional connection to the story from really getting visceral. I kept disconnecting.

I loved the flashback scenes. I can't remember ever saying that before, because usually they're among my least favorite plot devices, but for some reason the ones provided here worked for me. They offered and expanded on necessary information in a very pleasing format that served to connect me to the characters and their backstory and it was done in a way that transitioned nicely from the past to the present. I thought they were very well done, especially the one in which Pagan and Marie meet each other.

I wasn't totally thrilled with girlfriend-Marie, though. Hunter-Marie was great, but as soon as it went from battle to bedroom, Marie sort of turned into werewolf Barbie. She became a little too squealy, giggly, and girly for my tastes. On the bright side, I liked what Chapman did with the werewolf mythos in the book. There were a lot of nice touches there that I'd like to see expanded in future books.

Speaking of expanding...and no, I don't mean Pagan's briefs...I'm just dying to know more about him. He was such an appealing character and yet there is still so much that we've not been told. I sincerely hope some answers to his differences will be forthcoming, even while I appreciate that we weren't provided all the answers here...or...well, any of them, really.

There were some pleasant plot twists and a pretty intense final conflict that I liked quite a lot, and much set in motion to provide fodder for future installments. I was very appreciative of all of that, as I'm not near ready to be done with Pagan and Co. just yet. I would like to see a tighter, more complex plot to keep things interesting, with a more speedy introduction to the arc of the primary conflict in subsequent books, and perhaps an adversary that provides more of a personal challenge for Pagan. I did think the baddies were a little too easy to off in this one (details provided with spoilers at the bottom of the review). It goes without saying (or not, as I'm saying it) that I'd also like a little more Field & Stream and a lot less Guns & Ammo in the next book.

Still, it was a very nice set up to what could be a fantastic, original, and highly entertaining series. Oh, and did I mention that the Kindle edition is $.99? That's crazy awesome. I don't review a book based on the price I paid to read it, but come on - 99 cents! Talk about a whole lotta bang for your buck. I could've liked the book a whole lot less than I did and it still would've been a rockin' deal.

Without a doubt, Pagan is one of the most intelligent, polished, and sophisticated independently published books I've read. I'm anxiously awaiting Crusader and was thrilled to find out that there's also Renegade in the works and a Marie-centric book after that, tentatively titled Scrapper. I'm looking forward to much more from Andrew Chapman. I like the way he does what he does.

The following paragraph has been hidden because it contains spoilers. If you want to read it, simply click on the button below.

Detail on the easy to off vamp issue as follows:
As a race, vampires are supposed to be these brilliant and Machiavellian propagandizing PR gods who are rich beyond the telling of it...and yet they're the dumbest fighters I've ever seen. Not only do they bring knives to a gun fight, but again and again they show up woefully unprepared and uninformed about the nature of their prey and the abilities of the warriors. I've never seen such incompetent apex predators. The scene in which Marcus shows up to face off with Pagan was particularly unenlightened given Pagan's reputation, and arrogance only goes so far as an explanation before it becomes stupidity. From a story standpoint, an adversary who is that quick to kill doesn't instill a true threat of death or danger nor adds tension to the plot.

Return to top of Pagan