Could've Squashed This Grasshopper At Times 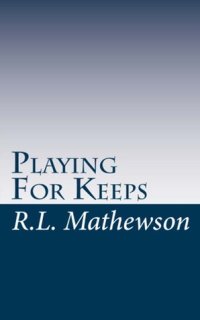 Series:   A Neighbor From Hell, Book 1

Jason Bradford is a jackass. For five years, he's made Haley Blaine's life miserable. It's bad enough that he's the neighbor from hell, committing infractions that range from paintballing her hanging laundry, to using the tree in his front yard as a urinal, to trespassing and using her pool to skinny dip with his booty calls - and worse. Haley can't even escape to work to get away from the odious cretin. He works at the same private high school she does, in the history department with her, and his classroom is right next to hers. He's everywhere!

For every one of those five years, Haley has taken everything Jason's dished out. Why? Because Haley is, admittedly, timid. In fact, she's a total chicken. It doesn't help that Jason is good looking...and knows it. Haley has trouble standing up for herself with good-looking men. She tends to let them walk all over her. Jason is no exception. Until he crosses her last line. Does something so over the top, not even Haley can let it slide while she cowers from confrontation.

Absolutely no one, not even Jason Bradford, is going to mess with her tulips and get away with it. Not while she's still breathing. Her grandmother gave her those bulbs! So she takes a hose to the man to stop him from yanking up her flowers.

Getting hosed down by his timid neighbor in an assault of freezing water as he pulls the flowers that are making him miserable is about as far removed from expected behavior as Jason could have ever dreamed. She's never so much as said, "Boo," to him, and even he can admit he's given her plenty of reason to do much more than that. He knows he's an asshole - but he's charming with it, and that's just how he is.

What he doesn't expect is her furious response to his tulip-pulling. Or her tackling him. Or, for that matter, the hive of bees they disturb. A massive swarm of highly agitated, stinging insects. Attacking them both.

In the six hours that Jason and Haley hide out in her house as the swarm...well...swarms while they wait for the exterminator to handle them, the timid Haley disappears forever, and the new, baseball-watching, Derek Jeter-loving Haley has become one of his buddies. One of his gorgeous, fun, funny, loving, and giving buddies. Not that she is his type. Or that she thinks of him that way, because she totally doesn't. Neither does he. Really.

It's just nice having her for a friend. A pal. A bud. And if he steps in, warns off, or pushes away any or, you know, all of the men who are so not right for his best bud Haley...well...he's just being a considerate friend. It isn't at all because he wants her for himself. Really.

When I came across this book and read more than one review likening the humor to the comedic style of one of my favorite authors, Shelly Laurenston, I practically broke land speed records to get my hands on it. It can't be overstated just how much I love Laurenston's style and I will happily try any book that could possibly be close to matching it. I can gladly state that the similarities in comedic style were there. In fact, Jason reminded me - quite humorously so - of Mitch O'Neal/Shaw from Laurenston's Pride series.

The absolute best parts of this book for me were the interactions between Jason and Haley before their relationship got sexual. It was hilarious, watching Jason act all protective and treat Haley like some special project...while he stuffed his face with anything she cooked and didn't glue to the counter. His antics and her retaliations had me chuckling merrily.

It was less a love fest for me with Haley, though. First, I struggled with just how much of a doormat she was in the beginning even though it's discussed after the fact, then I couldn't quite believe how far out of her shell she came as quickly as she did after so little effort. I found that pretty implausible. I waffled over her character again when the inevitable relationship conflict between her and Jason kicked into gear. Well, not waffled so much as had moments of absolutely loathing her.

Jason wasn't a saint by any means. There's no doubt he messed up big time. It was Haley's poor handling of herself at that point that really annoyed me, though. I could forgive Jason's idiocy. He was an idiot. He'd not only proven that already for the reader, but he acknowledged it to himself, too. The resulting bad behavior was bad, but it was also right in tune with who he was as a character. I can't say the same about Haley's reactions to it. It made me want to drop-kick her more than once.

Overall, the story was cute and relatively harmless, but the execution had some problems and some of the story elements didn't sit well with me. The plot wasn't terribly complex, there was little in the way of character depth for any of the main characters, and nothing went beyond superficial and stereotypical for secondary character development.

There were several high points in the book that I enjoyed quite a lot. Unfortunately, the elements that bothered me were also fairly numerous and rather significant, and taking the good with the bad kept this read just okay for me.

Return from Playing for Keeps to Contemporary Romance Genre

Return from Playing for Keeps to OGBDA Book Review Home