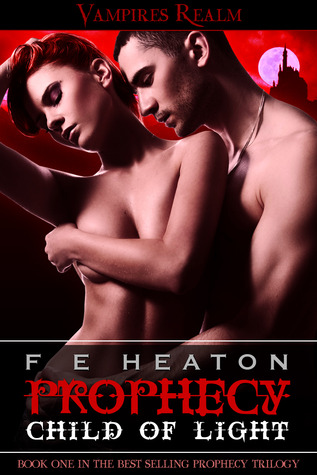 I was very pleased with this first book in the Prophecy trilogy. In fact, the leisurely, steady development of the plot and the sense of impending danger, deepening mystery, sweeping romance, and potential paradigm shift that starts building intensity as the book progresses left me feeling that on the merits of the plot alone, this trilogy could reach epic tale proportions. I didn't mind at all that this isn't a completely encapsulated novel, or that it ends with a rather significant cliffhanger...of course, I loathe cliffhangers in general and the only reason I'm perfectly okay with it in this instance is because I've already bought the second and third book in the trilogy and know I'm only a couple of Kindle clicks from immersing myself back into the story of Valentine and Prophecy. I fear I wouldn't be nearly as accepting otherwise.

One of the things I found particularly appealing about Child of Light is that Heaton has been able to successfully walk a delicate line with her characters. Her vampires are not fluffy-bunny friendly, by any means. They hunt and kill humans. Most of the fearsome fangies in this world think of humans as little more than vermin who need to be exterminated (though in Valentine's and Prophecy's case, they're more ambivalent when they're not hungry). I recently read a book that I detested when the author attempted to do the same because the author of that particular book wrote a tedious character bemoaning for most of the book all the morality issues of the killing of humans. Well...there were other reasons I wasn't fond of that book, too, but that was a big part of it.

In contrast, the way Heaton was able to adroitly illustrate the unforgiving and predatory nature of her vampires yet keep them completely sympathetic was a very nice treat. And Valentine, with his rigid dedication to his family line and more than a couple centuries of the stoic life of a hunter of hunters under his belt, and Prophecy, the naive ingenue (relative to the rest of her species, of course) with a confusing past and troubled future, were definitely sympathetic. I thoroughly enjoyed the slow, very organic development of their characters and their relationship. For me, that was really the driving force of the book.

The story itself, the plot for this first chapter of the trilogy, also developed with a nice, slow pace, allowing the reader to spend a lot of time getting to know the characters and Heaton's world. In a lot of ways, I appreciate that. So many books I read have to rush through character and world development and plot set up in the race to some big conflict to get it all resolved in one book, or for longer series, a large series arc is paired with smaller single-book arcs or plot threads throughout and that series arc can get a bit lost. This story arc is about Prophecy's prophecy, and in three books, that's the story that will be told, so it's afforded the writer time to slowly unfurl her grand scheme for the arc a little at a time without getting otherwise distracted. And I felt that the pacing was very well done and the progression of the plot felt very organic most of the time.

I did have a couple of problems, but most of them were related to the actual mechanics of writing. The narrative felt a bit repetitive at times, and while I enjoyed the third person POV with shifting glimpses into the thoughts of the two lead characters, there were a few points where I felt like I'd read a passage, sentence, description, etc., more than once. I also thought some tighter editing was in order, to avoid some grammatical glitches and one or two descriptions that seemed a bit off. There were a few other technical errors, typos and the like, and the occasional wrong word used. I had a couple of them really jump out at me, interrupting the flow of the story.

The only really significant story/plot issue I had worth mentioning concerns the confrontation at the end. Leading up to it, I was a bit confused, because I couldn't really figure out the motivation to engage in conflict at that particular point and under those circumstances, and a few of the happenings during that confrontation were a bit hard to believe (on thing in particular bordered on ludicrous). Because of that, the end seemed a little contrived and hard to really appreciate. The preceding parts were so satisfying with plot and characterization, though, that I truly enjoyed and very much liked Prophesy: Child of Light. I'm anxiously awaiting the start of the next book...which will be in just a few Kindle clicks, actually. 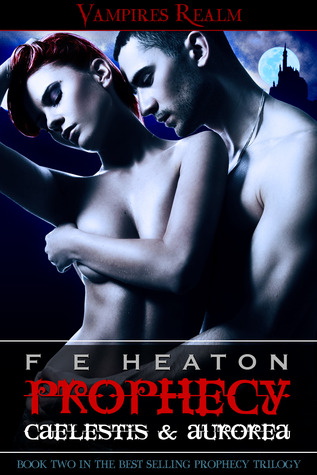 Return to Top of Prophecy: Child of Light