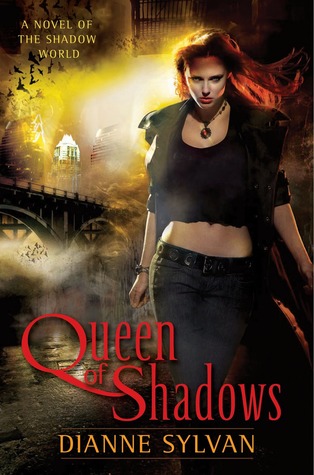 She is an incredibly strong empath who can use music to manipulate others' emotions - and get relief from the press of them, but the stress of her combined talents are quickly tearing Miranda Grey apart. Her psyche can't handle the strain. She's cut herself off from people, unable to meet anyone's eyes for fear of seeing too much of the darkness in their hearts, unable to touch anyone for fear of being bombarded by all their dirty little secrets. She keeps her head down and tries not to attract any attention when she's not on stage performing. That's why she didn't see the men as they followed her down the street after a gig late one night. And when they pulled her into that dark alley, hard rain pounding down on Austin as if the city were weeping for her fate, she never even had time to scream.

One of the most powerful vampires in the country, David Solomon is Prime of the Southern United States. He's also a techno geek with a Ph.D. from MIT, an addiction to ice cream...and a growing problem with insurgents, vampires chafing under the no-kill rule of his territory, among other grievances. When he first saw Miranda standing in line at a local mart, he could sense her power. He could sense her crumbling mental state. Then he went to the club and listened to her sing and realized the scope of her skills, but before he could step in to offer assistance with her deteriorating mental health, he was called away by his security team.

The next time he saw her, she was little more than human refuse in that alley - brutally beaten, raped, and almost dead. Just barely more alive than the men she had snuffed out with the sheer force of emotion she wields.

So begins the journey of Miranda and David, two extraordinary...people...whose destinies overlap and intertwine. So begins the Shadow World series, and an incredible urban fantasy series premiere. Original, imaginative, unique, Queen of Shadows is a breath of fresh air in the ofttimes stale genre, and is practically an homage to classic UF with characters who are gifted but flawed, broken, unsure, and struggle with their own demons just as vehemently as they struggle with outside forces.

Told with a flowing, descriptive narrative and vibrant, quick dialogue, this book fleshes out the world of the series and the characters involved with just the right blend of need-to-know-now and wait-to-see-how-this-develops that enhances but never overwhelms the simple but powerful plot. Three dimensional primary and secondary characters who run the gamut from quirky to endearing to a little terrifying ground the story and imbue it with a visceral sense of significance that made me care about their fates - care about them. Made me want to keep reading about them.

I loved Miranda and adored David. While there is definitely a romance between them in this book, the true nature of the story is their journey as individuals, she the victim who needs to find a way to live in this world and he the top predator who needs to find balance between who he is and what he is. With the backdrop of the threat to his territory and the danger to Miranda, their odd friendship and growing emotional connection made for compelling reading as they each travel their paths.

Miranda is far from perfect, and at times very far from strong and independent - someone who occasionally takes the easier, more self destructive way out, and Sylvan allows us to see the goodness in her, the yearning for a normalcy she'll never truly have, and the steel in her spine that will help her become who she's going to become. She crafts Miranda's gifts and curses, strengths and weaknesses, and leaves her ultimately sympathetic and likable...and respectable...without sacrificing her very organic development given her circumstances. Her failures and her triumphs are keenly felt, and it's handled with an aplomb that adds realism and believability.

David is a brilliant character, and I thoroughly enjoyed Sylvan's take on his personality, as well as the vampire mythos and culture incorporated into her world (Twenty-first century vamps! Yay!). The dialogue between him and Miranda and him and his Elite second was saturated with the spectrum of emotions that by nature he as Prime and as a vampire over three centuries old keeps contained. I can't wait to see how he develops as the series progresses.

There are delightful touches of humor in the book that I appreciate, and subtle touches of wit and sarcasm, as so much of this book is more on the dark and serious side. Man's inhumanity to man and...well...vampire's inhumanity to man and vampire both are in unflinching display here, but gentled by the tenderness of affection and humor, the overall picture is far less grim and much more entertaining. I like bleak and tragic as much as the next girl, but it's not to my personal preference for reading entertainment. This book had a nice balance.

Reading Queen of Shadows, it would be easy to see how this could be classified more as a paranormal romance than UF, but it is, actually, urban fantasy, and Sylvan will be continuing the series with Miranda and David as central characters, so there is no traditional HEA. Personally, I find that to be to the benefit of the book, which wouldn't have rated quite so high for me had it been intended as a romance. Too much of the book was centered around David and Miranda individually and independent of each other for me to have fully embraced it as PNR. I can wholeheartedly embrace it as urban fantasy, however.

There were one or two spots that I thought the pace of the plot got a little slow, but nothing so bad that I was overly bothered by it. I do wish that there had been a few things done differently - and almost all are impossible to expound on without seriously spoiling the plot. It's probably safe to say I wish there had been a bit more written out about the character growth for Miranda when she was in her new apartment in Austin. That whole time was seen in bits and pieces and mostly glossed over and summarized and I think it would have been nice to see it in a more real-time fashion. So too the evolution of feelings David had for Miranda. Those issues speak more towards my personal preferences, not criticisms, but I do prefer to see those sorts of transitions written out to better enjoy the transitional stages of character and relationship growth.

Despite that, there's so very much to like about this book that it's one of my favorites of the year and one of my happiest finds. It's going to be a very, very long wait until the second book in the series, which isn't going to be out until sometime in the summer of 2011. Like Miranda, I may actually pine until I get my hands on that book. I'm trying to control those sorts of thoughts with the reality that there is a second book in the series. It helps. A little. Maybe I should try some Ben & Jerry's, too. Works for David.

Return from Queen of Shadows to Urban Fantasy Genre

Return from Queen of Shadows to OGBDA Book Reviews Home