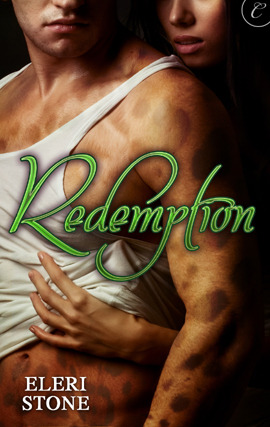 Nestled deep in mountains thrusting up from the lush jungles of Peru, the ruins of an ancient civilization predating the Inca has captivated archaeologist Sophie Martin. Having come to the site to help restore what an earthquake has damaged, she has a habit of wandering off on her own time, poking around and uncovering the most incredible artifacts of a long-dead people and working to find evidence to support her academic thesis.

That habit both enchants and frustrates Adriano as he manages the crew of workers at the site...and conducts his own excavation deep in the ruins of the civilization of jaguar shape-shifters that are his ancestors. He is Yaguara. Exiled from his people for five years, he came to the ruins for one reason, to find the stone that will gain him re-entry into his family and his small, secluded tribe.

He is perplexed by his fascination with Sophie. She's human, a first for him, and she's stand-offish, with a focus on her work that precludes interpersonal connection. She keeps stumbling into areas that are neither safe for her nor for his personal quest. He wants her, and he wants her out of his way. Of course, having the first clue how to seduce a human would be helpful for both.

When Adriano catches the scent of another of his kind in the ruins, he is suspicious. When that scent is accompanied by that of a wolf shifter, he's stunned. Cats and dogs don't exactly go together among his kind. Their partnership can mean nothing good for his people, and when Sophie comes under direct threat, Adriano will be faced with a horrifying choice. Secure his tribe's history and guarantee secrecy for his people, or save a human woman who may mean more to him than he'd ever thought possible.

Caught between an ancient rock and a hard place.

Wow! I was incredibly impressed by the depth and detail in the world building and the creativity and originality found in the mythos of this story. I don't know that I've ever read a novella that was so unique and richly developed in those areas before. Frosting on the cake is a setting and backstory that touches on my fondness for archaeology, the study of ancient civilizations, and Indiana Jones-type adventures. There was a lot for me to fall in love with very early into this story.

I haven't read the first novella of this series by Stone. Unfortunately it slipped past me. That's an oversight I plan on rectifying, because I was captivated by this one and a little stunned by the complex and creative story wedged between its covers. I would love to see how it all started. For now, though, I can be happy with what I have read.

Sophie and Adriano had thorough backstories and personal histories that added several layers to their character definition, as well as provided a nice bit of internal conflict. Both of them were solid and well developed, with quirks and charms that added to their personalities and brought them to life. Together they had a robust amount of sexual chemistry and their relationship worked well within the frame of the novella.

There were a few issues, a few trade-offs for the quality world building, mythos, and the depth provided the main characters. The external plot conflict was a little thin and sparsely detailed. Secondary characters and their ancillary plot threads petered out and were left unresolved. Several questions I had went unanswered or weren't addressed. There were also some abrupt transitions in the book, and a perhaps too-quick escalation of emotion in the romance thread.

Just about every one of those issues - actually, just about everything I thought and felt about the novella in its entirety - made me wish that this was a full length novel. I would love to see what Stone could do with another twenty-five thousand words (I'm greedy that way). That sort of expanded format could have provided the necessary space to fill the few gaps, bulk up the external plot thread a little more, and allow for a more gradual relationship evolution.

Still, I liked this novella so much and so many aspects completely impressed me that I can't help but want more (again...greedy). I'll be keeping my eye out for other books by Stone, especially if they're about a secluded group of jaguar-shifters in Peru. I've got quite a yen-on for more of those.