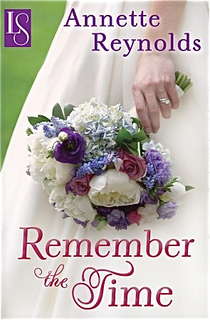 Disclosure: An ARC of this book was provided to me by Loveswept, an imprint of Random House Publishing Group, via NetGalley. This rating, review, and all included thoughts and comments are my own.

Mike Fitzgerald has loved Kate Moran since the moment she first walked into the high school class he sat in with his best friend Paul Armstrong. Since that fateful day, he's been her best friend and closest confidante. He loved her when Paul and Kate started dating, he loved her when they were married, loved her while Paul's career as a Major League Baseball player made him famous, and loved her as Paul's infidelity and lies slowly turned Kate into a shadow of the vibrant girl he'd known.

In the three years since his best friend's tragic accident, Mike has watched Kate slip further and further away from life, until grief and despair had crippled her and alcohol was her crutch. And things got so much worse when Kate was informed of their alma mater's plans to dedicate a building to Paul and she was invited to talk at the ceremony. Intent on keeping an eye on her as Kate spirals even deeper into misery and loss, and with growing concern for her neglected house given the coming winter, he maneuvers her into accepting his offer to work on some much needed repairs and renovations.

Seeing the woman he loves destroy herself right in front of him, though, turns out to be a much more painful task than Mike had anticipated, and twenty-one years of longing and need finally explode. Confessing his love for her may unburden his soul, but as bitter memories of the past swarm and the ghost of an old friend rattles chains of betrayal and long buried secrets, Mike comes to the devastating realization that Paul may have been right all those years ago...Kate will never be his.

When originally published in 1997, Remember the Time marked Annette Reynolds' authorial debut. Now released in eReader format as a part of the Loveswept collection, a new generation will get a chance to read this well written novel. It is a sweeping, poignant, and powerful story heavy-laden with gripping emotion that lasts long after the final page is turned.

For all that, I can't say that the book was to my personal taste. That's a problem for someone who's favorite plot themes in romance are the friends-to-lovers and unrequited-to-requited love themes, because both aspects were featured in this novel. Yet instead of being able to revel in those themes, I felt emotionally battered by a preponderance of plot that seemed to detail every single facet of Kate's struggles with grief, despondency, and pain, and the cruelty inherent in a deceitful, selfish, cheating husband whose sole redeeming trait is that he's dead.

I wasn't able to sympathize with Kate, whose unrelenting grief after three long years was completely incomprehensible to me given her awareness of the true nature of her utterly reprehensible playboy husband. Paul Armstrong was - excuse my language - a total dickhead. Yet instead of owning her poor marriage choice and embracing the responsibility for her own joy in life, Kate crawled into the coffin with Paul and let him steal her soul, oblivious to the quiet adoration of the man who has loved her far longer than she's loved herself.

Had any significant portion of the book focused on the relationship evolution between Kate and Mike, I would have felt much different, but with every page, the revelations about Paul's spoiled, self important, overly entitled, abhorrent behavior just kept coming. The damage he inflicted spread across the lives of the primary and secondary characters like a malignancy and the pathos it generated weighed down this lengthy novel. There was too little romance and happiness to relieve the oppressive weight of it all for me.

I wish that the romance between Mike and Kate had been given more attention in the book. That being said, I also think Reynolds' writing is powerful and intense, wringing out a reader's emotions from the first word to the last. For readers who appreciate a lot of angst in their romances, I'd highly recommend Remember the Time. It may not have been to my tastes, but for those whose tastes it meets, it'll be tremendously popular.

Return to top of Remember the Time