Sweet, But Too Simple 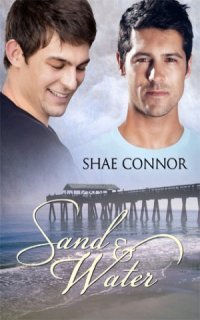 Widower John McConnell still grieves the love of his life, the woman he was lucky enough to marry but lost during the birth of their daughter. Five years has given him some perspective, though, and he's just as likely to wake up smiling from memories as he is to wake up aching with loss - which is a major improvement - and there's no doubt their daughter is a source of joy to him. After the first year, a dark time John would prefer to forget, he hasn't given thought to any sort of social life, his focus on raising his daughter and surviving his loss.

Life goes on, though, and grief eases eventually. One day John looks over at the uncle of his daughter's best friend, a handsome young man named Bryan Simmons, and feels a mix of desire and tenderness stir for the first time since he buried his wife. John has always known he wasn't totally straight - he'd dated a man before he met his wife - so it wasn't an issue of gender, but there was a sadness behind Bryan's eyes that John didn't understand. One he would be willing to help ease if Byran would take a chance on an older widower who may or may not have it in him to love again.

Though Sand & Water is a simple, sweet romance with a lovely setting and pleasant characters, it didn't do enough for me to set itself apart or make itself particularly memorable, and there were a few issues that bothered me. I felt a little overwhelmed by the superfluous detail in the narrative. It dragged down the pace of the story until it waddled along in places, moving slower than the turtles Bethy favored. I would have preferred more depth in the character definition and plot instead of the minute detail given to the characters' thoughts and actions.

I also thought story execution was lacking in sophistication, most notably in the beginning, which felt awkward and unnatural during the initial introduction of John and Bryan. Dialogue was stilted and odd and I had a hard time imagining any conversation between two strangers going that way, regardless of gender or sexuality. On a brighter note, the dialogue issues didn't continue, though a lack of sophistication in concept as well as design continue to plague the book throughout.

There was a noted lack of genuine conflict, either personal or relationship, that made the plot seem very one-note, and little was provided to flesh out either character. By the time either John or Bryan's history came up it became the sole source of potential relationship conflict, but without much given to really develop any of the fallout from the past, the rush to resolution washed out the emotional impact of some potentially significant backstory. I was also disappointed that none of the more timely issues and questions about how a relationship between John and Bryan would work were addressed or given more than a passing and nebulous nod.

My overall impression of the book was one of apathy. I can't say I disliked it, but there wasn't much given to me to really enjoy, either. Certainly nothing of significant merit was truly hashed out in this book, and what few personal issues the characters had were mostly addressed out of the reader's view or glossed over quickly. There was a lot of potential in both characters and story, but it went unrealized. I would have liked some genuine meat being added to the anemic plot and much more character definition provided to all of them. What's there isn't bad so much as it is mostly inconsequential and, unfortunately, forgettable.

Return from Sand & Water to LGBT-M/M

Return from Sand & Water to One Good Book Home