Seduced by the Wolf

Not Feeling the Seduction 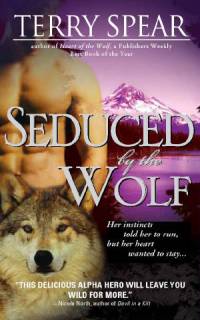 Wolf biologist Cassie Roux is passionate about wolf conservation and education. She studies wolves intently, gives speeches and lectures on pack social structure and ecological impact, and spends time with them in their natural habitat. Though considering Cassie is a rare, lone red lupus garou raised by a pack of full-blooded wolves after her family and pack were slaughtered by hunters, it's her natural habitat, too.

She's in Oregon to give a lecture in a small town two hours out of Portland...and to track a female red lupus in the wilderness out there. The last thing she wants to do while she's working is attract the attention of any of the lupus garou pack in the area. Cassie is technically trespassing without permission from the pack leaders. She can only hope that the hunter's spray will keep her scent masked, or the trip is going to get very, very complicated.

Especially after catching the eye of the one male she should absolutely avoid.

Leidolf Wildhaven is both a rancher and the relatively new pack alpha for a red lupus garou pack still reeling from the mismanagement and mistreatment from its previous alpha. Leidolf is still in the process of establishing his command, fixing the many and varied problems of the pack, and settling into his responsibility. He needs a mate. He's been searching for one for a long time now. It's what drew him into the area months ago.

It's a pity that the wolf-friendly Dr. Cassie Roux smells as human as can be. She's a beautiful redhead, vibrant and passionate, and she stirs something deep inside him that no female - human or lupus garou - has ever come close to. Her love of wolves is just whipped cream on top of all that. Then he finds out that Cassie has been masking her scent, that she is, in fact, one of his kind. And she's a lone wolf with an independent streak a mile wide.

Oh yeah, one more thing pack alpha Leidolf Wildhaven knows from the first time he catches her lupus garou scent...Cassie Roux is his.

I'm starting to wonder if it's me. Despite this series having all bells and whistles I usually enjoy in paranormal romance, as well as the authentic wolf biology that has been deftly woven into the supernatural elements, I wasn't overly fond of the first book and found this one only marginally more appealing. Unfortunately, this highly touted series just isn't working for me so far.

Maybe I picked the wrong two books in the series to read in sequence, because frankly, one of the problems I had in this book was how similar certain plot elements were to the first. Part of that was my own mistake. I thought this one was the second in the series when I started it, and given the content, I maintained that belief through to the end. The story picked up shortly after the events of Heart of the Wolf, featured backstory and characters introduced in that book, and was set in the same location. It wasn't until I was finished that I found out there were several books between the two.

Also unfortunate, several of the larger issues I had with that one continued to vex me in this one. The excessive minutia and tendency towards repetition in the narrative is a consistent issue. Unnecessary details are drawn out and major themes, such as Cassie's desire to stay clear of a pack and not be made the alpha's mate, are reiterated again and again. Such unnecessary overwriting bogs down the plot of the book, slows the pacing, and limits the development of external conflict.

The plot itself is another issue for me. Too often several things in this story happen in a flurry of poorly-defined action and scanty prose, followed by long sections of overly-described scenes that become boring to me when I want more action or a solid plot conflict. It makes it hard for me to connect with the story at times, especially during the scenes in the woods where everyone and their brother are stirring up all manner of trouble and guys with guns prance around willy-nilly, tranquilizing or shooting whoever is in the way. That gets a little confusing in places.

There were subtle touches of humor in a handful of places in this book that I heartily enjoyed, as well as characters who were more appealing to me personally as romantic leads than Bella and Devlyn, so there are some positive elements about the read. I just wish the bare bones of the storyline had more to offer in originality and the weight of the narrative had been ruthlessly edited to allow for a much greater expansion of the underdeveloped external conflicts in the plot. I'm going to give this series one more try, but if the next book strikes me as similar in plot or as weighted down in the narrative as this one, I'm afraid I'm going to have to give up the ghost on this series. 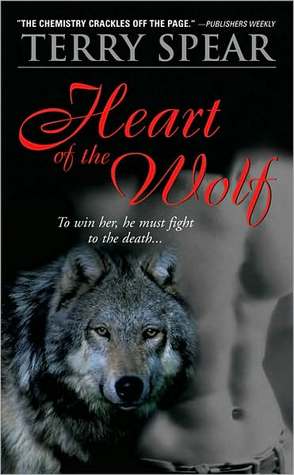 Return from Seduced by the Wolf to Paranormal Romance

Return from Seduced by the Wolf to OGBDA Book Review Home