Struggled with the Main Character 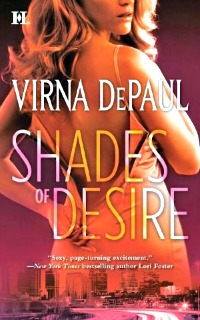 Her retinal degeneration is progressive, but professional photographer Natalie Jones is coping with the limits of her decreased vision. She thought she had time before her world went completely dark. She had no idea the morning she decided to take a stroll through the park near her Plainville home, snapping pictures as she went, that the bright day full of color and light, shapes, forms, and textures, would be the last she'd ever see.

Eight weeks later, a man breaks into her home and attacks her, almost kills her, and Natalie's dark world gets a whole lot more terrifying.

As special agent for California Department of Justice's Special Investigations Group, Liam "Mac" McKenzie is working a case of the murder of a sixteen year old girl. Her skeletal remains were found an hour north of the home of Natalie Jones. Mac has no idea what the connection is between his victim and a highly successful professional photographer, but evidence found with his victim's body and at the crime scene of Ms. Jones' attack points to the same man committing both crimes.

Mac feels the sharp jolt of a visceral attraction to Natalie even before he meets her the first time. He'd done his research prior to driving to her home to interview her, and something about her picture reached into his gut and twisted. Despite that, they didn't have the most auspicious beginnings. Mostly because for all the information Mac has gathered on Natalie, he doesn't know she's blind. And she is still reeling from her attack the previous day.

Suddenly Mac is doubly motivated to get to the bottom of the murder of a young girl and find out why Natalie is a target. Because the thought of that vibrant woman becoming a killer's next victim is absolutely anathema to everything that makes Mac a cop. And a man.

DePaul's romantic suspense series has a strong premise that appeals to me, stories surrounding the Special Investigations Unit of California's DOJ. Maybe a series featuring a unit of law enforcement roughly akin to a state-level FBI branch isn't a totally unique concept, but it's also not the ubiquitous security firm employing a bunch of ex-elite military men. I take my breaths of fresh air where I can find them.

DePaul delivered on the suspense elements, too. I can't say I was thrilled with every piece of the plot-driven conflict, especially later in the second half, but it provided a solid threat to the main character and carried tension and danger along with it. I did get a little lost in the timeline in a couple of places, and thought the Bad Guy's storyline got muddled and chaotic as it got closer to the book's climax. Overall, though, I enjoyed it.

I wish I could say the same about the characters. Especially as both Mac and Natalie were created with such a deft hand and an eye on realistic layers and character foibles. Mac was fine as a detective, really, that wasn't a problem. I just couldn't figure out his seeming insta-attraction for Natalie. Not only was that not to my taste for the story, I also felt his behavior skirted professionalism at times.

I was not in any way a fan of Natalie. She struck me as self-pitying and weak throughout most of the book. While I sympathized with her over the loss of her sight, and can appreciate that her emotional state of mind was probably fairly realistic, her prevalent poor-me attitude rubbed me raw from very early into the read. And frankly, when Natalie wasn't being fearful or self-pitying, she was being an uncooperative, obstinate bitch.

Actively disliking one of the two main characters throughout most of their book and having issues with the other put a pretty serious kibosh on the romance for me. Yes, by the end, Natalie had evolved into a moderately tolerable human being. No, it wasn't soon enough for me to embrace her in her relationship with Mac. On top of that, the two weren't even together for many scenes in the book. Even if I hadn't disliked Natalie, I still would have had trouble believing the depth of emotion they supposedly felt for each other after such an abbreviated acquaintance and limited contact.

There were good points, most surrounding the suspense, but for me, this series debut didn't entertain me as much as I'd hoped. I think the premise is still rock-solid, and I'm still very grateful that not one totally buff ex-Special Forces alpha male stomped his fine, regulation bum across my pages. Not that I don't love them, mind, but a break is nice, too. If I continue with this series, I'll hope for another solid suspense but much more likable characters.

Thanks for giving SOD a try and writing a review. Hope you'll give the series another try with Shades of Temptation, Jase and Carrie's story.
Take care, Virna

Hey, Virna,
Thanks for reading the review and taking the time to comment! Now that you've mentioned it, I can't skip Jase and Carrie's story. I did like the setup that was provided for them in SOD. I'll be reading!
Thanks again,
Tracy

Return from Shades of Desire to Romantic Suspense

Return from Shades of Desire to One Good Book Home