A Little Bumpy in Places But Better 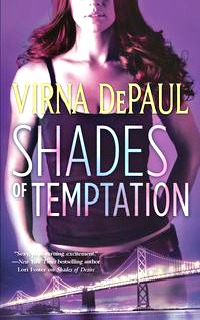 As a special agent with California's Special Investigations Group and the only female agent in the elite division, Carrie Ward knows all about having to work twice as hard to play with the big boys. She put in that work, dedicated herself to being the best. And until she hesitated during an apprehension, missed an important shot against a hostile perp and almost died because of it, she was confident and certain of her abilities as a cop.

Then she was shot and her world changed.

Her confidence shaken, Carrie is just coming back from medical leave when she's given lead on the sort of case that could make or break her career. A serial killer case. No sooner is she handed the file, though, than SIG starts second guessing the assignment. Carrie can accept that. It's not pleasant to be doubted but it's not wholly unexpected. She's poleaxed, though, when Jace Tyler, the one special agent that fires Carrie's lust...and incites her temper...goes to the acting director and flat-out tells him she can't handle it. Claims she's not ready. Wants the case for himself.

That's a betrayal that cuts deep. And it's one she won't forget, even when she and Jace are teamed up to stop the brutal, sadistic killer. Any lust she feels for the agent who is known for being fast on cases and faster with women...many, many women...will just have to take a back seat to her determination to stop a monster.

This second book in DePaul's SIG series worked better for me overall than it's predecessor. The characters had greater appeal to me, the serial killer thread was more to my liking, and the relationship between Carrie and Jace was both hotter and more realistic to me than the one in the first book. This story had its own ups and downs, but I did enjoy it more than the first.

I really liked Carrie as the female lead. Strong, independent, and a damn good shot, she's not so perfect that she doesn't have some rather serious personal flaws and insecurities, too. Short tempered, defensive, stubborn, she is a hothead with a chip on her shoulder - even if much of that chip is for good reason. She is also traumatized and shaken by what happened to her when she was shot and far more confident in being a cop than being a woman.

She wasn't always likable, in fact, there were times when she flat-out annoyed me, but she felt realistic to me, believable as a woman in that sort of career. I thought she was a three dimensional and interesting character...when I didn't want to smack her for her extremely prickly attitude.

Jace was slightly harder for me to get a consistent read on. On one hand he was a charming reprobate and his reputation with women precedes him. On the other, he kept Carrie in his sights, and kept pushing at the lust they felt for each other. He did some things I wasn't too keen on, but he also had a sharp mind and often looked out for Carrie's best interests when she was charging into situations half-cocked.

Obviously he was the senior agent, but sometimes I questioned his ability to think outside the box, and though I understand that his reputation with the ladies isn't totally representative of his reality, I wish I'd had a better grasp of what his reality was pre-Carrie and why.

The relationship between them was one of my favorite elements of the book. There was a lot of tension and anger, distrust and lust, attraction and frustration. The evolutionary road of the relationship arc that took them from reluctant partners and resistant allies to romance HEA wasn't without its major craters, and I can't say the romance elements totally won me over, but the chemistry generated by the often contentious struggles of two dominant personalities could not be denied.

I wasn't quite as enamored with the external conflict of the story, the plot threads surrounding the serial killer case Carrie and Jace were working. Some of the plot points seemed a little peculiar to me, and the way they developed as the story went along was at times perplexing. The first half of the book focused so heavily on the relationship between Carrie and Jace and on the questions of Carrie's competency to head the investigation, that the actual investigation and the killer's plot threads were almost completely overshadowed until the second half of the book.

By then there had been some fairly significant developments that I felt were tragically glossed over and under-represented in the story. So much so that when the unsub started to escalate as his story arc approached climax, it seemed many of the more unique elements of the plot had been muted or dropped completely. Then the story took a couple of drastic, dramatic turns that were surprising, but didn't completely make sense to me, given the psychological setup for the killer to that point.

There were definitely several tense and emotionally gripping scenes, though. Some that stunned for their abrupt carnage. The climax and subsequent resolution of conflict may not have been totally satisfying to my analytical side, but the part of me that likes the gut-churning emotions and steep costs when dealing with serial killer storylines was very entertained.

The story wasn't as smooth and well-balanced as I would have liked, but it appealed to me more than its predecessor, and DePaul has proved more than capable of creating some pretty twisted Bad Guys and nail-biting suspense. Call me certifiable, but I like the psychological thriller parts of my romantic suspense to be chock full of batshit crazy and causing a wide swath of damage, emotional and/or physical, for all concerned. This second book in the SIG series did, at the very least, do that.

Return from Shades of Temptation to Romantic Suspense

Return from Shades of Temptation to One Good Book Home