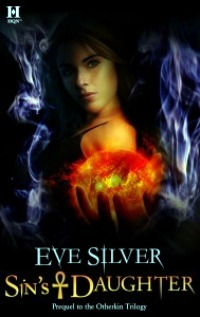 Fifty years ago an act of betrayal led to the death of the only man Amber Hale ever allowed herself to love. Now she's on the run - again...still...always - and letting her guard down for just a blink of time almost seals her fate when the Hunters break into her apartment. She doesn't know why she's being hunted. For all that her mother instilled the deep fear of the Hunters long ago, Amber has never known why. She only knows she's been running her whole life...all one hundred or so years of it. She also doesn't know why she stopped aging when she was in her twenties, or why no matter the damage done to her, she can't be killed. A century of questions. No answers. Just endless running.

Until the night the Hunters broke in brandishing guns. She took out two of them, but there are more. As she maneuvers around to get a look at the rest of her small apartment, she's startled by the actions of one of the Hunters. He strides in and viciously attacks the other one. When he turns his head, Amber's ever-beating heart nearly stops. The man who she just watched slam a fist into the chest of a Hunter and rip out his heart...is Kai Warin. A man who was shot to death fifty years ago. The man she loved.

Eve Silver introduces readers to her Otherkin world with this action-packed prequel novella. While it's short on world-building, there's enough there to give you an idea of soul reapers and their backstory, and the smooth narrative and realistic dialogue shows off Silver's writing style and ability. The story arc was a bit condensed by necessity of length, but it still managed to be a satisfying read.

I was particularly pleased with how the romance was dealt with. I'm finicky about novellas that feature romances. Pushing characters together too quickly doesn't work for me. With the fifty year history between Amber and Kai, that issue was avoided and the relationship had a much more natural feel.

The ending of Sin's Daughter was abrupt, though, I have to admit. I wouldn't expect some long, drawn out ending for a novella, but in this case it was exceedingly short and choppy, and a bit anticlimactic on top of it. Most notably, it didn't come close to matching the intensity of the preceding action, and that was an issue that isn't impacted by the length of the novella. I also had one other slightly silly issue, but one I thought of often while reading. Amber is a century old, Kai would've been born sometime in the forties. Even if Amber wasn't born with the name "Amber" it's the one she used fifty years ago when she was with Kai and the one she's still using. Neither name seemed to fit with the time in which they were born and/or lived. They seemed far too modern. I feel almost ridiculous mentioning it, but for some reason, it was very jarring to me throughout the novella.

For a teaser, though, and a glimpse into the world of a series, it's a good effort. I was previously unfamiliar with Eve Silver's books, but based on what I read in Sin's Daughter, I'll be checking out the Otherkin Trilogy, starting with Sins of the Heart. I'm looking forward to seeing how Silver expands a plot into a full length novel. 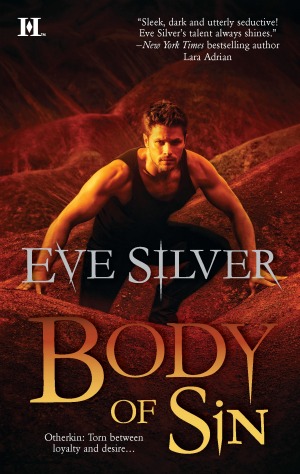 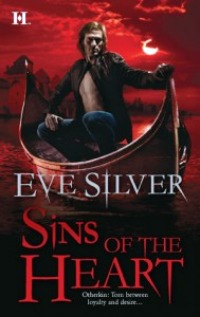 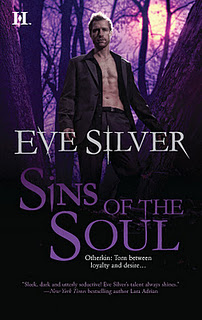 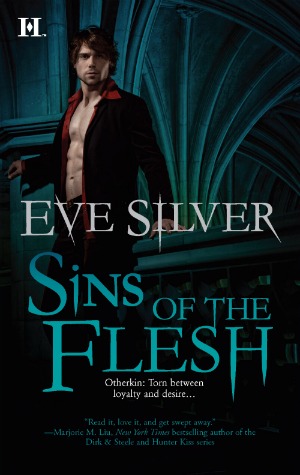