A Charming and Satisfying Delight 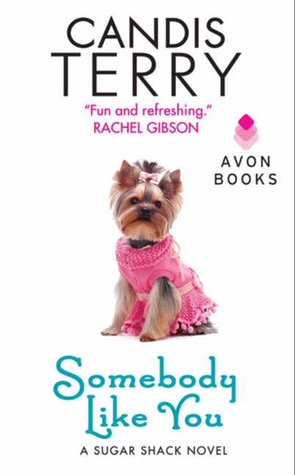 Disclosure:   An ARC of this book was provided to me by Avon Books, an imprint of HarperCollins Publishers. This rating, review, and all included thoughts and comments are my own.

Home is where you go when you don't have anywhere else to lick your wounds. Chicago prosecutor Kelly Silverthorne is back in her hometown of Deer Lick, Montana. After failing to successfully prosecute a man for murdering his wife, Kelly is rocked by feelings of failure and guilt, feelings unfamiliar to a serious, intent woman who has never failed at anything before. Taking a sabbatical from her life, she's helping her father and sister at the family bakery and trying to get her feet back under her.

Except it's not just the professional crisis that Kelly has to deal with, and the problem with going home again is what you find there. Family. Ghosts of your past. Memories. And for middle child and "good girl" Kelly, a different sort of pain, one with far deeper roots.

Oh yeah, and James Harley, police deputy. The man with whom she'd had one memorable, if ill-advised and drunken, night of extreme pleasure. But she was hoping to avoid the hell out of him.

James was happy to see Kelly at the Sugar Shack when he stopped in for lunch. One night with the girl he'd wanted since they were kids just wasn't enough to slake his thirst for her. Now that she's back for a bit, he has every intention of getting a repeat performance. If, in the meantime, he gets to spend genuine time with a woman who stirs more than just his body, but his heart and mind, too, well...that's just icing on one of those delectable Sugar Shack cakes.

All he has to do is convince the stubborn and uptight woman.

This book was so much more than I was expecting. Judging the book by its cover (bad of me, I know), I was thinking this was going to be a fairly predictable but enjoyable bit of brain candy. That's not in any way a criticism. I love me some brain candy. But this little gem, as it turns out, is the brain candy equivalent of finding out that chocolate has been discovered to be a health food. A delightful surprise.

I haven't read the first two books in the series, so I went into this one with a clean slate - and I'm so glad I did, because it packed a punch. It started, though, a little rocky for me. At least in comparison to the rest, anyway. Kelly and James both seemed a little stereotypical for the genre. Kelly the classic Type A personality, James the sexy bad boy with a different girl on his arm every weekend, no concept of commitment.

The brief glimpse we get of Kelly's life in Chicago was largely superfluous, and her first face-to-face with James upon her return to Deer Lick could have been read during any similar scene in every other light, sexy contemporary romance. I didn't dislike it by any means, but I have to admit, I wasn't really knocking my socks off.

Then Kelly's mother enters the story and shows up in the backseat of the car Kelly's driving. Kelly's deceased mother.

"No, it's the stinky cheeseman."

Kelly pulled her head back. "Well, that little bit of snark is unnecessary."

"You can get away with a lot when you're dead."

And from that point through to the end, this book was a wonderful ride through family issues, personal issues, and relationship issues for both Kelly and James. The story threads surrounding the ghost of Kelly's mother added a wealth of emotional baggage to Kelly's personality. It was baggage that I, personally, related to on a grand scale. As for James, well, somewhere around meeting his two Yorkies, Poppy and Princess, it occurred to me that he was not quite the stereotype I feared he was, either.

This book that I had pigeonholed as simple (albeit sexy) fluff delivered an emotional message, one with depth and heart. That message went hand in hand with an awesome, sexy romance. Between Kelly resolving family issues and finding her inner child, and James dealing with the fallout of his past and reaching out in a more healthy way to his brother, this book ended up providing a multi-layered lesson about mending frayed family bonds and healing from past mistakes. A lesson that took this book to another level.

The romance was still sexy, and James and Kelly had great chemistry together as a couple. I thoroughly enjoyed their relationship evolution. They didn't just fit well with each other, they each, as individuals, offered something to the other that had been previously lacking. I loved that about them. It really elevated their relationship for me.

Return from Somebody Like You to Contemporary Romance Genre

Return from Somebody Like You to OGBDA Book Review Home