Fast, Fangy, and Fun as Hell 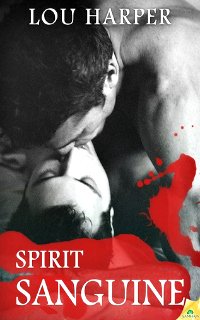 Disclosure:   An ARC of this book was provided to me by the author.

Back in his hometown of Chicago after spending five years in eastern Europe slaying vampires, Gabe Vadas is having a hard time adjusting to life stateside and feeling at loose ends on a Friday night as he cruises the bars downtown. Not sure exactly what he's looking for, he ends up with way more than he bargained for. He bumps into the most doable guy in the place, quite literally, and as luck - and his neglected hormones - would have it, the guy is a vampire.

It was supposed to be simple. He'd done it so many times before. All he had to do was track the vampire back to its nest and kill it.

Okay, so that plan didn't quite work out as he'd anticipated. Instead he ends up getting shot in the ass by a tranq gun and when he comes to, he's sprawled out on the couch in the vampire's lair...well...apartment, really. And while the vampire is seriously brassed off, a rather expected response all things considered, he's not so much with the bitey and killy. A decidedly unexpected response. Though by no means unwelcome.

It helps that the vampire, who introduces himself as Harvey Feng when the bellowing and reprimands are done, is even more attractive up close than he was in a crowded bar.

Gabe may not completely trust that Harvey is exactly who he says he is at first, but the undeniable lust that burns between them is hot enough to raise even an undead's body temperature, and Gabe's willing to give the guy a chance to convince him that the vamps on this side of the world are a bit different than those he was used to. The bennies, after all, are to die for.

This is one of those books I'll remember more for how much fun I had while reading it than the actual story, or stories, themselves. Not that the stories were bad. They weren't at all. I just had such a good time with Gabe, Harvey, and all their friends that that's what sticks in my mind the most.

Though the book isn't really what I'd call an anthology, it's also not a single story either, exactly. The book is split into four novellas, and each has it's own self-contained mini plot arc, but from the first to the last each novella picks up where its predecessor left off and the events of everything that happen in each build the backstory and set the foundation for the external conflict in the next. Because of that, it ends up reading more like a single story split into four parts as opposed to four truly individual novellas.

The nice thing is that readers get to see the relationship and romance arc between Gabe and Harvey evolve as each story goes along. I liked that aspect a lot. In fact, I didn't want it to end, and I sincerely hope that Harper will return to them in the future, because I absolutely adored them both and there just seems to be so much potential for them to get themselves into further mischief.

And Gabe and Harvey getting themselves mired in mischief provides a hell of a good time reading.

I will say the writing style wasn't my favorite element of the book. Maybe because the stories were split into novellas, the plotlines of each felt a little thin. The narrative throughout each story also maintains a line-of-sight sort of style. There is quite a dearth of description in the narration and what little there is stays directly in the sight line of each plot thread as it develops. There just isn't much world building, scene description, or detailed action written out, including the sex scenes - which is a true shame, because they were as quirky and kinky as Gabe and Harvey were, and like the greedy fiend I am, I wanted more.

The style makes for a fast-paced tale, but for a reader like myself, who uses description and detail to visualize scenes and gets mental movie clips of events as they unfold, it limits the depth of what I pick up from a story and impacts my emotional connection to the plot.

It did not, however, limit my emotional connection to the characters and their relationship. I was fully engaged and delighted with Gabe, Harvey, and their small band of friends and frienemies.

Gabe and Harvey are the driving force of the book and I loved them to death. I also loved how Harper incorporated their personal histories into the arcs of the external conflicts of each novella's plot. By the end I felt I knew not only who they were as characters, but where they came from and what made them into the men they were at this point of their lives. It was all very nicely done.

It would be a crying shame if this is all there is for Gabe and Harvey. Not only because they're so awesome together, but also because I felt there were a few unanswered questions and unresolved story elements. Nothing that detracted from the read at all. It just made me even more hungry for more. More Gabe and Harvey and more from new-to-me author Lou Harper.

So far this had been the second weirdest day of his life, but as his mother used to say, strange was just something you haven't gotten used to yet.

"Good thing you're a lousy shot."

"Ah! My bad. Is that how hunters do it? Ask the deer to hold still?"

"May I suggest an official ceasefire? No slaying each other for a while. What do you say?"

Gabe screwed up his brows. "It's highly unorthodox. Why would I trust you?"

"Why would I trust you? I've abstained from killing you or even feeding on you twice so far. You, on the other hand, have shown far less self-control. You really don't have the moral high ground here."

"Get dressed. Hurry! We need to get you something decent to wear."

"You have the fashion sense of a drunken marsupial. I'm surprised the fashion police haven't taken your gay card away. C'mon, chop-chop."

Return from Spirit Sanguine to LGBT-M/M

Return from Spirit Sanguine to One Good Book Home