My First Chance with Last Chance 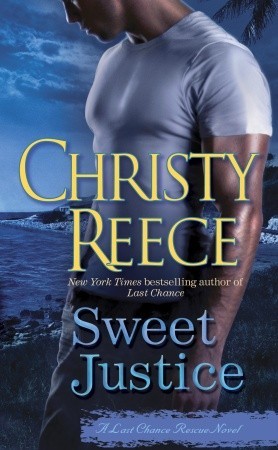 Disclosure: An ARC of this book was provided to me by Ballantine Books publisher Random House Publishing Group via NetGalley. This rating, review, and all included thoughts and comments are my own.

He knew exactly what he was getting into when he chose to go undercover to bring down a crime lord the world desperately needed to be behind bars. Seth Cavanaugh had no illusions about what it would take to get the man. Years of his life, for one. But he felt that the sacrifices would be worth it if he could put an end to the man's reign of terror. He gave up his family, hoping they would understand when the truth came out. And it was just bad luck and his own bad timing that he was already undercover when he met the love of his life, fiery FBI agent Honor Stone.

He couldn't help himself. Couldn't not be with her, make her his own for as long as he could. She was everything to him. But when the undercover operation heated up five years ago, he walked away from her - forever.

Honor survived losing the only man she would ever love - but it was a near thing. She'd clung to her job with the FBI, proving herself in the field again and again, and was now an agent with the Last Chance Rescue organization. Her boss has been asked to take a new case, four college girls have gone missing across several states, and she's taking point for her first lead assignment. But no matter how ready she is, or how professional, her world drops out from underneath her when she comes face to face with the person requesting LCR involvement.

Seth Cavanaugh's niece is missing. And he's standing in front of her, not only asking Honor's help to find her, but telling Honor that they would be finding her together. Working together.

Five years apart and the pain is just as fresh as the ever-present attraction between them. Honor has no doubt they can work together so long as she locks away her feelings. She is driven to find these girls and bring them home. But a madman's twisted perversions go deeper and extend further than either Honor or Seth could possibly imagine and time is running out. The pair will have no choice but to come to terms with their past on their hunt for a truly horrifying predator...or risk losing even the smallest glimmer of hope for a future.

Well it's obvious that I'm a little late to the Christy Reece romantic suspense party, seeing as this book is the seventh in a long-running series. If Sweet Justice is a fair representation of that series, it's been one hell of a party so far. Strong characters, solid story, sizzling romantic chemistry, a good dollop of mystery, plenty of suspense surrounding horrific crimes - this book really did have everything that makes romantic suspense such a favorite genre of mine.

The only thing that didn't work for me was the beginning. I didn't like the first couple of chapters set five years in the past. It set up the characters' backstory nicely, it explained the sacrifices Seth made while undercover, the pain both he and Honor felt at the termination of their relationship, but it didn't sit well for me for a couple of different reasons. One is strictly a personal preference issue. I'm just not a huge fan of second chance romances, so seeing how Seth ended it with Honor in the past didn't appeal to me.

Beyond the romance issues, I felt the depth of development given to the events of the past was largely superfluous. It didn't add anything to the main plotline - nothing that couldn't have been more concisely presented in a prologue or woven into the narrative real time, anyway. I found it distracting and a bit of a depressing start when I would have preferred to dive into the meat of the case of the kidnapped college girls.

And once the book did dive into the case, and Honor and Seth were working together with LCR to piece together not only Seth's niece's disappearance, but the abduction of the other girls, I was caught up. The Bad Guy was exceptionally slimy, his actions and the effect he has on others really quite horrific. It's a bit grim in the big picture, but I was suitably disturbed and engaged while I was reading and highly motivated to see the story through to the conclusion.

Reece struck a nice balance between the romance and the suspense. I have to admit, while second chance romance isn't my thing, the second chance part of this romance was very well done. The emotional reactions, the internal conflicts, and the dialogue during the relationship evolution and development was all very realistic and believable given their established history. And they had chemistry to spare - lots of sizzling, yummy chemistry. I liked them as individuals, though Seth was a bit of a dark cloud of gloom about his past in places throughout the book (to be fair, he had good reason to be), and I loved them together both as a working team and as a couple.

Even with the first few chapters set in the past, this book was a thoroughly successful romantic suspense for me. I appreciated and was particularly pleased with the overall story consistency and plausibility in the plot (some of which, don't get me wrong, was very, very disturbing). My only regret is that I wasn't aware of Reece's series sooner, but I can happily say this won't be my only experience with Last Chance Rescue. I look forward to more.

Return to top of Sweet Justice