Flirty and Fun, If Thin 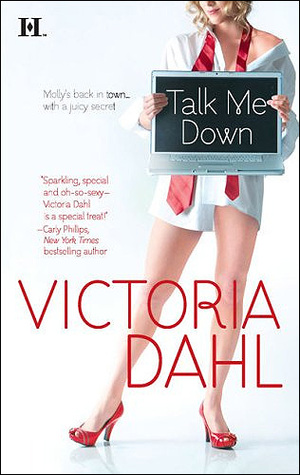 It's been ten years since Molly Jenkins left the small mountain town of Tumble Creek, Colorado for the bright lights of the city of Denver, but a bad case of writer's block brought on by the stress of a stalker ex-boyfriend coupled with the inheritance of her aunt's house gave Molly an opportunity too good to pass up. The day she returns she runs into the one man that has haunted almost every dream and fantasy she's had for each one of those ten years, her older brother's best friend Ben Lawson. And the years have been very, very kind to the man who is now Chief of Police of their home town.

Despite what she recognizes as his attraction, Molly is under no illusions. She's well aware that her chosen career would give pause to the upstanding and scandal-shy Ben, but after carrying a torch for him for so long and finally being old enough to be seen as a woman, Molly isn't going to let a little thing like being a well known erotica romance novelist get in the way of hooking up with a man she's seen naked and wants desperately. And as long as they keep things light and fun, there should be no hearts broken when the relationship comes to its inevitable conclusion.

Shrouded in secrets that drive him to distraction but working a body that drives him to his knees, Ben's attraction to Molly is instant, intense, and now that she's no longer seventeen, legal. He falls quickly for the girl who makes him laugh and who shows him how to lighten up a little, but he's wary of bad publicity after a family scandal that fired up the town years and years ago. Still, he can't stay away from Molly, no matter how hard he tries, and finds his heart going down for the long count with a big cheer from his manly parts for finally getting some winter action.

Secrets, though, have a funny way of coming back and biting you when you least expect it, and Molly's return to town stirs up more than good-natured interest in the Chief's new love life. It stirs up the deranged intentions of a stalker who thinks Molly needs to return to Denver. Or die.

As a light romantic suspense, Talk Me Down worked fairly well, with the stalker plot threads sufficiently blanketed in assumption and a red herring or two, moments of tense emotion and danger, and a twist or two to keep you guessing. As a sexy romantic comedy, the book tread the line closer to an evolving lust match than a love match between the characters, which is something I'm noticing with growing frequency in recent contemporary titles. It's a trend that doesn't totally satisfy me as a reader, unfortunately, as too often it leads to seemingly forced or superficial conflict between the lead romantic pairings instead of a deeper conflict born from a more complex emotional connection.

That is the core issue I had with this book, actually. I thoroughly enjoyed the light, breezy style and the racy, sexy scenes between Ben and Molly, but the two main conflicts between them, the stubborn guardianship of her secret profession and her willfulness in keeping the relationship with Ben on a superficial level when he wanted more, felt forced and unnecessary for a good portion of the book. And it made it hard for me to embrace Molly's character.

I wish the issues Molly had with being the less perfect child, the younger sibling of a brother who could do no wrong, had come out sooner in the book, because once we were given a glimmer of the reasons behind her attitude and her rampant immaturity, she started to come together for me as a real character. Until then, she seemed more a careless caricature of a shallow women with nothing but good times on her mind. And I couldn't understand why a woman who had yearned for a guy for as long as Molly had never even entertained the possibility of grabbing for a real relationship when he was obviously so into her. I understand fear, or even lack of trust given Molly's childhood, but Molly's reticence and stubbornness devalued and disrespected Ben's growing feelings for her even as they displayed her flaws in harsh, unforgiving light.

The tone of the book, the light comedic style and the sizzling sexuality, just wasn't quite enough to counteract the lack of depth in her character for me. I enjoyed Ben, even though I did think he was a bit out there in his quest to pin down what Molly did for a living, but his reasons were clear and provided up front and it made him seem more sympathetic and his behavior easier to understand. And to be honest, I admit I tend to be more critical of female protagonists than male in situations like this. Well...in all situations, really. Maybe that's not fair, but it does factor in on occasion.

Talk Me Down is the first Victoria Dahl book I've read, and there were definite bright spots. I was entertained by the story, and appreciated the smooth narrative, realistic dialogue, and moments of humor. The sex scenes were sizzling hot and well-written, with the appealing frankness of adult language and variety of sexual situations that I prefer. It was a bit airy and thin on character development and plot, which made much of it tilt towards the lighter of brain candy reads, but it also hit the spot as a reading palate cleanser after a recent book that was tragic and full of horror. Sometimes, it really isn't just the book you read, but when you read it. In that regard, I'm pleased to add Dahl to the list of authors I turn to when I need a lighthearted, HEA-assured pick-me-up. 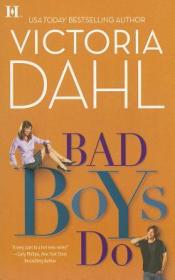 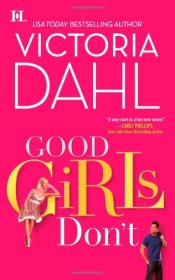 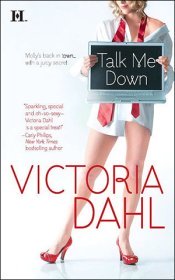 Return from Talk Me Down to Contemporary Romance Genre

Return from Talk Me Down to OGBDA Book Reviews Home