An Intriguing and Unique Debut 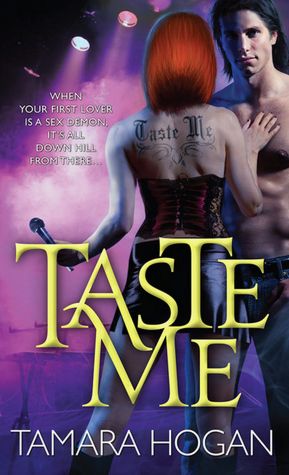 They are among us, but we will never know they're there. Incubus, siren, werewolves, Valkyrie, and more, all paranormal species, all living right beside us. They stay far under our radar, governing themselves, living their lives. They have completely integrated into our world.

Lukas Sebastiani runs Sebastiani Security, and the incubus has a problem on his hand. Rock star Scarlett Fontaine has just returned to town after a long tour and no sooner has her tour bus parked than paranormals start being viciously attacked. And Scarlett, a siren with a voice so haunting and powerful it could make you her slave, looks like death warmed over.

Lukas will do whatever it takes to keep Scarlett safe, even if that means protecting her from himself. They had one night together once, and he's felt guilty about it ever since. She stripped every ounce of control he had and he saw what that did to her. He would never allow that to happen again. But guarding her, keeping her safe, not touching her...it is the sweetest torture.

Scarlett is wiped out. The tour nearly wrecked her, and she's been running on fumes for months. Now she's home, all she wants to do is sleep. She definitely doesn't want to deal with Lukas. Her heart still hasn't recovered from their past.

But Scarlett has bigger concerns, too. Someone is attacking her friends and Lukas is worried about her safety. Ironic, really, because the only time she ever feels totally safe is with him, and being with her is the only security measure he refuses to approve.

As far as unique series go, Hogan is on the right track with this dark paranormal romance series debut. The world she's created here, while maybe a little short on detailed definition and explanation, is intriguing and complex. It has a very original backstory and it's well-populated by a wide variety of paranormal creatures. Not every element was a complete win for me, but the concept and setup for the series were delightfully fresh and exciting.

I also have to give kudos to Hogan for creating a Bad Guy who freaked me the hell out. It wasn't the severity of the violence committed or the scope of the crimes, though that was significant. In this case, though, it was the opposite. Hogan created a villain who had moments of vulnerability and likability, and there were glimpses that even made him sympathetic. And yet he was still just...blankly conscienceless about his vicious crimes. The way he viewed his actions and his victims, reflected on it all after the fact, was completely chilling.

It was also completely effective. It added a rich, slightly horrifying suspense thread to the many-layered plot. I wish all the other elements had as powerful an impact.

As much as I enjoyed the world and think the characters in it were fascinating and fairly high up on the scale of awesome, I was a little overwhelmed by the sheer number of them included in the first part of the book. There were so many it made it hard to figure out, then remember, how they all fit into their world. And when you throw in fleshing out a serious plot-driven conflict and a sexy, hormone-laden romance, there was so much going on I struggled to keep everything straight.

The romance was the weaker storyline for me. It's my own fault, really. I'm not a fan of second-chance romances to begin with, and I hate when one of the characters in a romantic relationship takes it upon himself or herself to decide to be the martyr, sacrificing his or her desires for the good of his beloved (or be-lusted) because the beloved can't handle their power/strength/money/[insert whatever other completely insulting assumption of weakness here].

Hell forbid Lukas actually ask Scarlett what she can or can't handle or does or doesn't want to handle. That would be too respectful of her independence, intelligence, and maturity. It's far better they both be miserable. Yeah.

I certainly don't find that romantic, endearing, or even tolerable, but worst, I don't feel it's gripping relationship conflict. It's annoying and insulting, and any hero or heroine who does something like that completely loses my vote for HEA until he or she has a major attitude adjustment. Unfortunately, that whole issue sort of tainted my feelings for Lukas as a character and his relationship with Scarlett for quite a while as I was reading.

This debut is quite a long book, and it did start out fairly slow for me. I felt buried at first, and frustrated in places. Still, it was so nice to sink into a debut that felt fresh and offered something new, and to be completely fair, Lukas does manage to redeem himself in his feelings for Scarlett. Hogan's world is dark, sexual, intense, dangerous, and very, very compelling. I enjoyed visiting. Enough to come back.

Return from Taste Me to Paranormal Romance Genre

Return from Taste Me to OGBDA Book Review Home