The Billionaire Next Door

Surprising Depth in Story and Characters 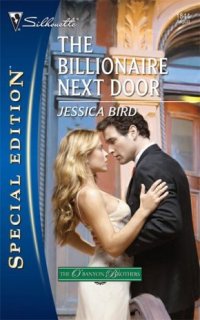 Nurse Lizzie Bond was crushed that she wasn't there when her friend and landlord Mr. O'Banyon suffered his second, fatal heart attack. In the two years since she moved into his downstairs duplex apartment, they had become close. She took care of many of the infirm man's needs, running errands and getting him to his doctor, and he was someone to care if she made it home from her two jobs safe and sound. Losing him was painful. Contacting the son he'd asked she call only after his death was hard.

The news of his father's death didn't hit multi-millionaire and Wall Street Wunderkind Sean O'Banyon as hard as a ton of bricks so much as it felt like it lifted that ton from his shoulders. Returning to the blue collar Southie duplex he grew up in, though, dragged him back down into the morass of fear and nightmare familiar from his childhood. His father had not been a kind man and had left he and his two brothers emotionally and physically scarred in ways that he would never express.

Driven to demonic levels to succeed in life hadn't prepared Sean for the daunting task of boxing up his father's things and selling the house that still gave him night terrors, but meeting the genuinely kind and generous Lizzie both eased him and enticed him. With monstrous trust issues scalding his soul, though, allowing himself to love may be the one thing no amount of success can guarantee.

Okay, color me stupid, because until recently I'd either not known, or have since forgotten, that one of my favorite paranormal romance authors, J.R. Ward, writes contemporary romance under her maiden name, Jessica Bird. I'm a huge BDB fan; I should've known this (or remembered it) much sooner! Quite obviously, there are huge differences between contemporary romance and the UF/PNR megaworld of the BDB, so I really didn't go into this book with much more than curiosity for earlier, non-fantastical incarnations of her talent, but I was interested enough to try it out.

I am so pleasantly surprised. Yes, The Billionaire Next Door was published as a part of the Silhouette Special Edition series, and that (along with the slightly corny title) did set up some preconceptions that weren't all that positive. Maybe that's a part of why I was so very pleased by this book. I didn't have much in the way of expectation. What I got, though, was a darker, more complex story with far more complicated and three dimensional characters than I would have expected, given the vehicle.

I suppose I should have remembered that while this is a vastly different tone than her other works, she's still a skilled author, and one of Ward's talents is the ability to write tortured, sympathetic characters whose motivations are realistic and whose actions are understandable, and to do so with a flair and flavor that makes them seem like friends.

The depth of the issues and the darkness of the memories of a brutal past were handled so deftly as they were incorporated into Sean's personality. The poignancy of being responsible for a mother with diminished mental capacity struck close to home for me personally and added a lovely dimension to Lizzie's character. Secondary and ancillary characters were just as well done, most especially in Sean's younger (but larger...definitely larger) brother's case. He was in just two scenes and yet he was thoroughly real and ultimately sympathetic.

While the theme of rich man/poor girl isn't new and is, in fact, the most cliched aspect of a pretty predictable plot, the underlying issues of child abuse, alcoholism, and the ghosts of childhood trauma that haunt us as adults were a force to be both reckoned with and admired. Those things combined with solid, likable characters with genuine depth and elevated this romance beyond its trappings, even as it was setting up those trappings with fine authorial plumage.

Return to top of The Billionaire Next Door