A Terror that Spans Time 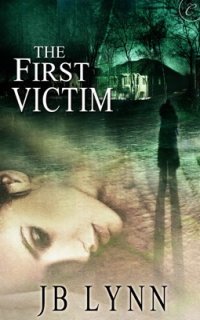 Emily Watson grew up in a small town and for the first sixteen years of her life she was a normal girl doing normal girl things. She had a best friend, she liked a boy, she was sometimes frustrated by her parents. Normal. Until one sunny autumn day, when she was abducted by a sick monster as she hurried along the path from the lake to her lakeside house.

After that, after three interminable days of being held captive, being beaten and molested, nothing was normal for Emily ever again. Her abductor was never caught.

She fled Lakeside Acres as soon as she could, her hometown having become a source of terror that haunted her even fifteen years after her abduction. She had thought there wasn't anything that could force her back there, but when her old childhood friend Bailey O'Neil, now a Lakeside Acres police deputy, calls to inform her that her father has been in a horrible accident and her young sister needs her, she's left with little choice. No matter how contentious her relationship with her dad, she cares about her sister and can't let her own neurosis keep her from taking care of the teenager.

No sooner is Emily back in town then the creepy "Welcome Back Emily" messages start showing up everywhere she goes. Then she finds the body of a murdered girl dumped on the property of her family home and her nightmares turn to terror. The murdered girl is a friend of her baby sister's, a victim of a serial killer the FBI have been tracking for years. Not even the arrival of the FBI, called in by Bailey, makes Emily feel safe. She's being targeted, tormented by a past that haunts her day and night.

The only time she feels any safety at all is when Bailey is near. The were best friends as children, and as adolescents - before her abduction - she was wildly infatuated with him. Now, as adults, the hunger for the man is still there, but the terror is snapping at her heels and a monster has her in his sights. Emily is painfully aware that giving in to one may very well mean falling prey to the other.

My reading preferences in the romantic suspense sub-genre leans towards exactly this kind of psychological thriller that features the sort of hunt for a serial killer that Lynn has created here with The First Victim (we'll...um...just ignore what that may imply about the state of my psyche). I've read a lot of them, and this book holds up fairly well against some true gut-wrenchers. The suspense and thriller aspects of the plot were handled well and created then maintained a level of tension and atmosphere throughout the book, offering glimpses of a sadist's twisted desires without letting the reader know who wears the face of a madman.

I also appreciated the depth in the plot, the question about old loyalties and emotions, the mystery surrounding the destruction of Emily's family and the people it affected, as well as some angst generated by Bailey's family problems. There were enough secondary and ancillary threads to keep the book from feeling one-note, but they didn't overwhelm the narrative or bog down the pacing. In that regard it was a solid, disturbing read with enough meat on its bones to entertain all the way through.

There were some clichéd moments, like the uncharged cell phone, or the crazy lady that every small town has, the one no one listens to but should, but those annoyances were balanced out by some subtle foreshadowing and a few dramatic plot twists that took me by surprise. I liked most of the characters quite a lot, and Lynn maintained a satisfying pragmatic approach to the plot threads outside the primary threat of the serial killer that added a layer of realism to the story. I had a couple of issues, though, and both of them were fairly large.

I never warmed up to Emily. I tried. I really did. I just didn't find her sympathetic. The visceral fear that crippled her so long after her abduction, locking her down and ruling her actions...well, that just struck me as weakness. What happened to her was horrifying, yes, and they never caught the guy who abducted and molested her, nor did she get much parental support after the fact - and that's tragic. Still, she's alive, and she's an adult now and as such, is responsible for herself. I would have had more respect for her as a character if she hadn't perpetuated her victimization by allowing fear to rule her when she got back to her hometown.

I loved the rest of the characters, though, especially Bailey. I would have preferred more character development in the FBI guys. I liked them a lot. They felt very organic and they seemed to have the sort of backstory that alludes to a previous novel, which I enjoyed because they felt like very robust and nicely established characters, but I wish they'd been allotted a larger presence in the book.

The other major issue came late in the book, when the plot took an odd twist as it started to build towards the climax. I'm loathe to mention any specific details given the nature and timing of my issues, so instead I'll just say there was one thing that made me say, "Oh, come on. How did that get there?" and that was quickly followed by another that had me thinking, "You're just going to sit there? Really?? Wow, that's...unwise and remarkably unproductive."

Fortunately, after that somewhat contrived bobble, the action ratcheted up again and raced towards a very satisfying climax and dénouement.

I liked the story of The First Victim. I think it was told quite well. I just wish my prejudices against weak female leads hadn't hamstrung me so severely when it came to Emily's character, and the bobble with the plot late in the book hadn't been so glaring to me. I'll definitely keep my eye on Lynn though, because I really enjoyed several important aspects of this story and the other characters she created in it. I look forward to trying more of her work.

Return to top of The First Victim