The Girl With the Dragon Tattoo

It's All About the Girl 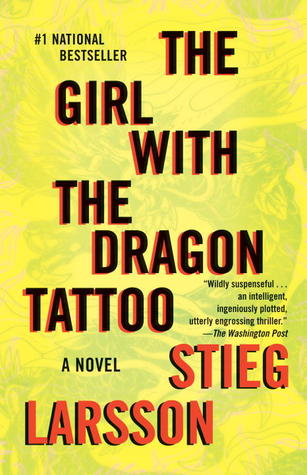 Journalist Mikael Blomkvist has taken a personal and professional hit, one that comes with a three month jail sentence for libeling a financial mogul. As crooked as the untouchable giant is, Blomkvist's passion for justice was no match for the power of money. It was a harsh lesson to learn, and one that put his career and everything he holds dear on the line.

Following his conviction and public embarrassment, Blomkvist receives an unexpected request from a man known for being one of Sweden's premiere industrialists. With that call comes an opportunity that will change the course of Blomkvist's life.

Forty years ago, a young woman, niece of industry giant Henrik Vanger, disappeared from the mostly family-owned island where she was staying. Once a year every year since that fateful horror, her killer has taunted Henrik with memories of the beloved child, with his failure to protect her, with his failings as both a man and a corporate giant. Forty years Henrik has been haunted by inaction and cold leads. Now in his eighties, he wants answers, and in Blomkvist, he thinks he's found the tool necessary to dig for those answers, whatever they may be.

As Blomkvist's and Vagner's lives start to intersect and a family dynasty suffers intense scrutiny, a young girl will be drawn into the hunt. Brilliant and cold, odd and passionless, Lisbeth Salander doesn't have friends so much as she has people she probably wouldn't kill. A savant at information gathering, it is her skill set more than her personality that appeals to Blomkvist. At first.

The alliance they form and the attention they put towards a mystery that spans the last century will uncover a rotten core of pretty lies and powerful deceit. Together Blomkvist and the girl with the dragon tattoo will try to solve a case that has baffled police and criminalists for years so they can bring closure to a man in the twilight of his years. The race for the truth will become a cat and mouse game that will threaten their lives and rip apart their souls. Unfortunately, solving that extremely cold case is one thing. Living with the answers...that's quite another.

I avoided this book for so long, and for fairly predictable reasons. So much hype, and most everyone talking about it like it was the best thing ever written. I know myself well enough to know that those types of books usually don't work for me the same way they seem to for everyone else.

To a degree, that was exactly the case with Larsson's incredibly popular debut. I didn't think it was the most incredible book I'd ever read. I did, though, like it. Parts were absolutely awesome, thrilling, suspenseful, intriguing, and completely worthy of every ounce of praise it's received; some parts bored me to tears (like the first 200 pages or so). I wasn't crazy about Blomkvist, who I didn't much like as a man, but respected quite a lot as an investigator and a journalist. I loved Lisbeth Salander intensely.

In fact, where the first two hundred or so pages struck me as rather emotionally flat and colorless, including character introductions, so much exposition I would have happily been struck blind as I was wading through it, and a mind-numbing expose on the financial climate in Sweden, every word of every scene with Lisbeth was vibrant...and slightly off-kilter...and excessively colorful. The girl is not normal, but I sorta fell in love with her morally ambiguous and sometimes cruel little heart.

She was the sole reason I kept reading...right up until Blomkvist and Vagner meet. From that point on, it felt like I was in another hemisphere reading a completely different book in a totally new language. Maybe I just related more to an uncle's pain and sense of loss, or was captivated more by his extensive and decidedly peculiar family history (sorta like the Adams family meets the Manson family). I know my interest is more piqued by the missing and the dead than capitalist crooks with dollar signs where their hearts should be.

And when, finally, Blomkvist and Salander start working together directly...well that's when this book shined its brightest for me. I loved them together. I still didn't much care for Blomkvist as a man, and I think he's got some serious issues with women, but he and Salander just fit together in the story in a way that took me aback, I enjoyed it so much.

That's what I'll take from this book that both thrilled me and bored me. That's what I'll remember most. In time, maybe I'll forget the first two hundred or so pages and remember only the last three hundred and fifty or so. I don't consider this the greatest book I've ever read, and I do think there was a ton of superfluous detail that did nothing for the story at all. I liked it, though. Parts I completely loved. And the girl with the dragon tattoo...well, she just totally rocked.

Totally agree :) Those first couple of hundred were so detailed and unnecessary... and it could have easily been cut down to half.

I'm glad you stuck it out, Lisbeth is one of the best characters I've read. The second and third books are action packed and very exciting.

Hey, Mariana!
I felt the same way about Lisbeth. One of my favorite characters of all time. I'm looking forward to delving into the second book, and I want to see the movie very badly.

The American movie sucked! The girl that played Lisbeth (Mara) was VERY good, but everyone else was fairly bad. Daniel Craig annoyed the crap out of me.

They also switched up and left stuff out. My sister, SIL and I walked out of the movie not happy.

Hopefully you'll have a better experience :)

That is VERY disappointing to hear. Have you seen the original foreign film? After reading this book, I'm not entirely sure how I feel about reading it again on screen in subtitles - at least not yet, anyway. That may change if I don't have a better experience with the US version, which is in my Netflix queue and I should be getting next week.

I agree. I have mixed feelings about the book but love Lisbeth. The Swedish film version of the book is quite good. Haven't watched the American version.

Hrm...given your input, Julia, I'm wondering if I should just skip the US version and go straight to the Swedish one. I wish I knew someone who had seen both.

I tried watching the Swedish version but reading the subtitles got really tiring after a while. And the kids were home, so I couldn't concentrate.