The Heart of a Hero

An Unsurprising but Feel-Good Romance 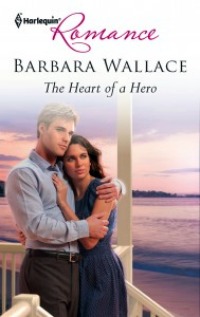 Deeply shaken by her divorce and the bad judgement it implied, advice columnist and inveterate fixer Zoe Hamilton has taken a step back, returning to the small vacation island off the coast of Cape Cod where she'd summered with her parents when she was a little girl. She planned to do a little wound licking, a little healing, and a little home improvement on the cabin she bought from her mother. Little being the operative word, of course.

An unpleasant confrontation with her handsome but surly neighbor gets the first two plans off to a rough start, and the third becomes nothing but wishful thinking when she realizes neither the number nor the severity of the repairs needed on her beach house are anywhere near little. Fortunately, the island has a handyman/contractor who handles all sorts of repairs for the few residents who live there.

Unfortunately, that handyman/contractor is the surly neighbor who hates her dog, doesn't hold any higher regard for polite conversation, and seems to resent the concept of friendliness on principle. That could be a problem.

Jake Meyers still wakes up screaming, the scents and sounds and agony of combat seared into his subconscious like a brand of hellish misery. The former Army captain lost his entire squad in an ambush half a world away. He survived, barely, but will never be the same. Now all he wants is solitude as he battles the night terrors and the flashbacks, the pain and the misery. He certainly doesn't want his perky and persistent neighbor Zoe butting in and pushing at secrets better left unspoken, wounds better left unexposed.

He'd fix her damn house because it needed it and he was the only one around who could do it. But he had every intention of being as standoffish and unapproachable as he could, because one look at the pretty, sunny Zoe and Jake knows. If he were to let her under his skin, he'd never get her out, and he might just start thinking his soul deserves the hope of happiness and peace she brings with her.

Jake has no illusions. He should have died with his men in a fiery inferno of artillery and warfare half a world away from where he is now. Anything else - living included - just seems...offensive to the memories of good soldiers.

When Zoe catches a glimpse of the pain that Jake carries as his alleged due, her heart - already starting to feel for him - gets more involved with this wounded war veteran. She can't imagine letting the man she sees as a hero remain locked in a cycle of pain and regret. Even if she risks her future and her heart to free him.

Wallace's The Heart of a Hero is a sweet, uncomplicated romance that doesn't offer anything new to the genre, but it does provide a light, entertaining read about truly sympathetic and appealing characters. The plot followed a no-surprises formula (I was within a few pages on my estimate of when the ex-husband would show up) with predictable character conflict and resolution, but I wasn't expecting any wild bells or whistles, either, so I wasn't disappointed. It's a solid and classic Harlequin Romance, one that is timely and likable. I recommend it for fans and followers of the line.

It felt respectful of fallen heroes and mindful of the tragedy war can inflict on its warriors. Jake was a tortured victim of his time overseas, locked into the memories of loss and guilt, but he was a proud, good man of integrity and honor as well. He was my favorite character in the book and Wallace handled his inner demons nicely.

I do wish Zoe hadn't seemed so unaware of the existence and ramifications of PTSD and the effects survivor guilt can have on survivors of tragedies. Just about every movie, book, TV show, and magazine has at one time or another covered, featured, highlighted, or championed both psychological conditions in the last decade, so some laymen awareness of it would have been more appropriate, I think. I also thought Zoe's persistence to address Jake's issues, to "help" him, tread over the line a few times and became overbearing.

My tastes in romance lie a bit beyond what this book offered, so it wasn't a completely satisfying read for me. For the Harlequin Romance line though, it didn't disappoint. I still would have appreciated a bit more meat to the story; it was fairly straightforward and two-dimensional. For those readers, however, who prefer romances that focus on emotion and tones down/doesn't include many/any sex scenes beyond those euphemistically or briefly described, what I've seen referred as "clean" romance (though I dislike that terminology), The Heart of a Hero provides a heart-warming and timely romance and a light, engaging read.

Return to top of The Heart of a Hero