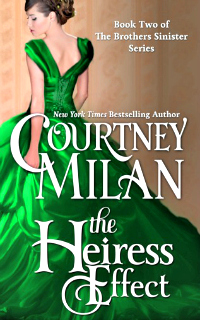 Disclosure:   An ARC of this book was provided to me by the author via NetGalley.

With an inheritance of 100,000 pounds, being politely boorish and kindly offensive enough to ward off the interest of titled men seeking a fortune in a wife is exceptionally hard work for Miss Jane Fairfield. It's a desperate balance on a tightrope over the chasm that is the indentured servitude of marriage. Until her sister reaches her majority, however, it is Jane's reality. She will do anything, be anything she needs to be to save her sister. Even make herself a laughingstock. A punchline. A blight.

As plans go, hers is working quite well until the day she is introduced to Mr. Oliver Marshall. No matter how gauche her gown or how rude her behavior, Mr. Marshall obstinately refuses to be anything but gracious to her. Even amused at her most reliable devilish tricks.

Oliver only wants one thing in life: everything. Ambitious and proud, he's on the cusp of finally making his mark in the political arena. His efforts in fighting for the rights of the common man hearken to the modest origins he's worked so hard to rise above. The one thing he doesn't need in his life is a woman like Miss Fairfield, no matter how clearly he sees through her ruse and how enchanting he finds her. She's everything that would close and lock the doors he desperately needs to be opened, and certainly the very last woman on the planet he'd marry. Friendship, at least, he can do, and given the pool of sharks she's swimming with, she definitely needs one.

Even if he happens to be one of those sharks. And is desperate to take a bite of her.

I loved this book.

Jane and Oliver were wonderfully unconventional characters, and that lack of convention fell neatly along my preferences for the genre. Jane is intelligent, cunning, and strong, and about as far removed from a proper society debutante as a character can be, willfully and knowingly being brash and socially inept...while staying within the bounds just enough to keep her uncle from intervening. Some of the most entertaining moments were seeing her pit her skills against the deadly polite and back-biting scions of high society, where backhanded compliments are an art form.

That her efforts took a toll on her made her sympathetic, that she did it anyway because of her love for her sister made her a hero. I adored her. She was a brilliant balance of flagrant self-possession and shadowed pain, of casual confidence and weary insecurity. She knew herself so well she was able to make a weapon of her inadequacies, to make lemonade out of the lemons her life has given her.

Oliver was a bit of an odd duck himself, and I loved him despite...or maybe because...he was really the antithesis of heroic throughout most of the book. Where Jane was a quintessential nonconformist, Oliver has survived by having conformity beaten into him to the point where he doesn't even realize he's no longer the man of integrity he has believed himself to be. He is his ambition, and some of the things he does, or debates doing, for that ambition were definitely less than heroic.

For all that, though, he still has a conscience, and Jane first pricks it, then sets it ablaze the longer they are acquainted. She is everything he once was and is no longer, and he's parched for her thirst-quenching presence. The effect they have on each other is fantastic and deliciously ominous as the conflict between their opposing goals reached its climax. It was very compelling.

The whole story was compelling, and wonderfully rich in plot and character. Secondary and ancillary characters were vibrant and real and regardless of how short their time on the page, they left their mark. There was even a nice secondary romance featuring Jane's sister that was fraught with emotion and complexity, and plot threads surrounding Oliver's colorful family that rounded out the book nicely. I was especially enamored with Oliver's aunt. She had a brief role, but it packed one hell of a punch.

Truly, this one is the whole package. Great characters with faults and foibles easy to embrace (or loathe, as the story dictates), a wildly satisfying and emotional romance, and a plot with wonderful diversity and depth to weave it all together. It pulled me in from the start, gripped my heart hard, and refused to let go until the last page was read. My Happy Reader buttons were flashing in contented bliss when it was all over.

One might even go so far as to say I was tickled fuchsine by the whole thing.

And okay, it taught me a valuable lesson. I won't wait so long to pick up another Milan book next time, especially if we're going to see what's going on with Oliver's cousin Sebastian in the next book in this series. There's story there. I want it. 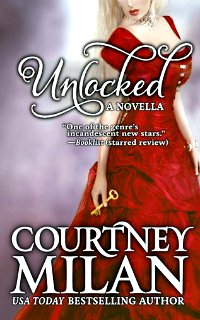 Return from The Heiress Effect to Historical Romance

Return from The Heiress Effect to One Good Book Home