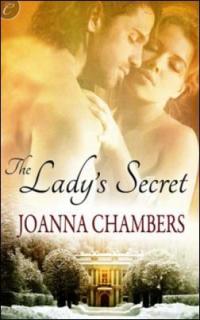 As a little girl, Georgiana Knight didn't give a thought to whether or not her parents were married. They were her mama and papa and they loved her and her twin brother Harry. They loved each other. Then her father died, and her mother, an actress in London, raised her and her brother in the theatre she loved so much. But her mother died as well, bleeding out in the street after being attacked by a mugger.

Or so the story goes. Georgy and Harry have other suspicions. They think that their paternal grandfather, a man who denied that his son had married their mother, purposely covered up the truth of their legitimate birth. They think their mother was murdered for her determination to claim her children's heritage. There is an earldom on the line, after all. But no proof.

While her brother looks for any proof of their parents' marriage in Yorkshire, Georgy tries to get hired to the house of the current Earl of Dunsmore, their cousin, to search for any sort of documentation that might be hidden there. When she fails and her options dwindle, Georgy comes up with a wild and potentially dangerous plan: costume herself as a young lad and hire on as the valet of Dunsmore's friend, Lord Nathaniel Hawthorne, until the upcoming holiday house party at the Dunsmore estate opens the door for her as Hawthorne's manservant.

Nathan hired the young man named George on a whim after an impressive interview with the lad, and he hasn't regretted that decision in the weeks since, despite the lad's lack of experience and age. Though young, George is exactly the sort of valet he wanted: quiet, prompt, and precise. He is mightily discomfited, though, when he feels his body responding to George's touch one morning as his valet assists him after a night of over-indulgence.

Both relieved and intrigued when he discovers the truth of George's gender, his interest in his pretty little valet takes a much more compelling turn. Nathan keeps mum about his knowledge, watching and waiting and enjoying every moment of the chase...until it becomes clear that the secrets "George" is keeping may do more than compromise an old friendship and several laws, they may actually be risking her life.

Joanna Chambers provides a lush and richly entertaining historical romance that resonates with emotional depth and authenticity in her authorial debut. With a deft hand and sharp eye, Chambers weaves her story around two layered and realistic characters, imbues them with individuality and vibrant personality, and sets their paths to cross, then merge in ways that delighted and charmed me.

The story demanded a studious attention to the complications and complexities in class difference, and required the development and explanation of rarely-seen levels of servitude. For all that detail could have bogged down the pace of the story or overwhelmed weaker characters, Chambers struck a solid balance between story, background, world-building, and character definition that kept the story flowing nicely.

I liked Georgy and Nathan, and was pleased at how well they fit together as a couple. Their relationship evolution was one of the stronger story elements in the book. I enjoyed seeing the two go from strangers to master/servant to wary man/woman to interested man/woman and beyond. Their romance was poignant and full of tender emotion, and the heat level between them was fiery. It provided for an engaging reading experience.

Secondary and ancillary characters didn't have quite so large a presence in the narrative as I would have liked, but there were enough to keep the book from feeling too sparsely populated, and gentle touches and ancillary story threads surrounding them added layers to the romance plotline.

In the second half of the book, threads of mystery and suspense were subtly woven into the tale, serving to enhance the book's storyline. It got a little hectic and went a little crazy towards the end, when carefully maintained lies and secrets started to come unraveled, and one or two things didn't make sense to me when revealed, but overall it added some spice to the read and pushed the book forward on those plot-driven points.

I couldn't help but wonder though, given the location of a significant revealing moment in the story, why things happened as they did, why Georgy's mother had ended up as she had, and why the truth hadn't come out long ago...but I guess it wouldn't have been a book if it had.

Despite that confusion, I enjoyed this book quite a lot. It was a solid read, the characters were full of personality and fit well together, and the story kept me engaged. I can only imagine a bright and brilliant future for Chambers if this is how she kicks off her authorial career. With this evidence of her talents read, I know I'll be on the lookout for whatever comes next.

Return from The Lady's Secret to Historical Romance Genre

Return from The Lady's Secret to OGBDA Book Review Home