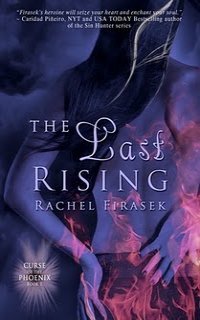 Series: Curse of the Phoenix, Book 1

She lives. She dies. She rises. She lives again. Such is the fate of Ice - once known as Isis, former Egyptian goddess and wife of Osiris, cursed to walk the earth until the mortal she's been charged with saving is in peril. Ice saves them in one-at-a-time increments by dying in their place, only to rise from her own ashes like the fiery phoenix she is and return to her realm to cross once more through the portal - an excruciating process in its own right - and return to the mortal realm to do it all again. Sometimes she's on Earth for days, sometimes weeks, occasionally months, but for two thousand years the absolute has been simply that she will die, she will rise, and she will return.

All she wants is for the interminable sentence to end, for Osiris to release her from her punishment, but for all her years, he fails to answer her pleas for release.

Her last charge, the sexy and gorgeous single father Turner Alcott, struck a chord within Ice. From the moment she saw him, she wanted him, felt the chemistry between them even as she recognized the futility. They met minutes before the plane that was carrying him back to his son plummeted into a swamp and killed everyone on board...except him. Because Ice died in his place. And she is determined that it's the last time.

She's stunned when her next incarnation brings her face to face with Turner once again, this time as his son's teacher. She's leery of what Osiris is trying to pull, as repeat charges are virtually unheard of. Still, she's got no choice but to deal with the one man who stirs her blood and endangers her heart - the man she died once already to save - and the son who reminds her of another little boy she'd once held in her arms a very, very long time ago. For the first time in two millennia there is more at stake for Ice than a life, more at risk than a painful rebirth. For the first time it is Ice's heart and soul that are on the line, and there's no rising from that.

I've long since accepted that novellas are always going to be hit and miss with me. Some satisfy, but most are missing one or more important elements that keep them from feeling like fully fleshed-out and three dimensional reads. Firasek's The Last Rising was mostly a hit and appealed to me on several fronts.

It satisfied the paranormal romance lover in me by offering unique and original mythos and sizzling sexual chemistry. I would have loved a more expansive description and comprehensive definition in the role of the phoenix, their origins, their responsibilities and expectations, their hierarchy - but what's there is just enough to at least frame the world Ice lives in and explain enough of it to understand her character. This wasn't a novella that left me with huge unresolved issues or questions, and that was satisfying.

Not every aspect of the story appealed. I through Turner's actions were off-putting at times. Not only in the push to have a relationship with Ice, which was unrelenting, but in the emphasis he placed on his job, which seemed to take priority over his son more than once. I had other issues with Ice, who tended towards seeming as chilly in personality as her name implied. Neither issue was a cover-to-cover problem. Each was only in short increments at several points in the story, but the overall impact was unfortunately cumulative.

The end was really where I most felt the constraints of the length of the novella. It ended a little quickly, with an abrupt conflict and resolution section, and definitely left me wondering about a few unexpected twists. I liked the end, but I didn't want it to be over until I had sucked all the marrow from its gnawed bones (hrm...that went a bit more visceral than I'd expected).

I'm interested in seeing where Firasek takes the series from here. I really want to see Osiris again, and see if there's an explanation for his actions and reactions in this story, or a follow through on some things that came up. Either way, The Last Rising was a very nice starting point. I look forward to revisiting this series when the second novella is released, and hope a bit more attention will be paid to the character and relationship development and that the narrative focuses more on the depth and complexity of each. 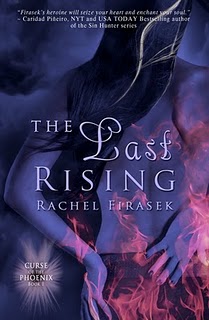 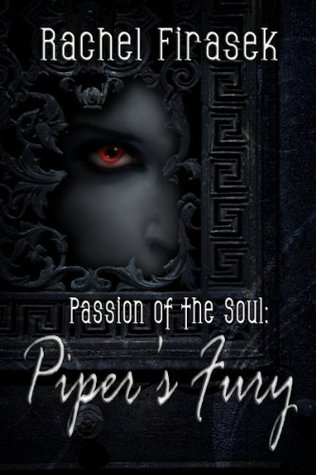 Return to top of The Last Rising