If Loving Garland is Wrong, I Don't Wanna Be Right 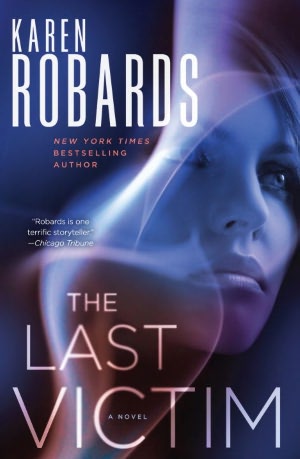 Disclosure:  An ARC of this book was provided to me by Ballantine Books publisher Random House Publishing Group via NetGalley.

Seventeen-year-old Charlie adored her best friend Holly Palmer. The popular girl had befriended her on her first day at her new school, where they would be sharing a locker for their senior year. That's huge. Holly even invited her to spend the night when Charlie's mom forgot to pick her up after the Friday night movie they went to with two other girls.

It was a great night. Except she knew she shouldn't have drank so much. She was worried saying no would ruin her shot at popularity. Still, she paid for it. Charlie had to race to the bathroom in the basement, purging booze and bad decisions with each shuddered retch.

That's where she was when the screaming started.

Fifteen years later, Dr. Charlotte "Charlie" Stone is one of the premier psychiatrists specializing in the study of serial killer pathology. Working at Wallens Ridge State Prison, Charlie is conducting a forensic assessment of several serial killers incarcerated in their Special Housing Unit. Michael Garland is one of them. Charismatic, gorgeous, and deadly, he amuses himself by being difficult when they're in session, so when a guard interrupts to let her know she's got two FBI agents in her office, Charlie is more than ready to bring the session to a close. Until she finds out why they've come for her.

A vicious predator is on the prowl along the Outer Banks of North Carolina, and his signature is so chillingly similar to that of the Boardwalk Killer, the monster who slaughtered Holly, her entire family, and four other families fifteen years ago, that the FBI are convinced he's back. They want Charlie to return with them to the latest crime scene, then stay and help them catch him.

They are asking for more than she can give. She is in the process of turning them down, or offering to help from afar, when life in the prison takes a deadly turn. Michael Garland is shivved as he's being transported back to his cell, and he bleeds out even as Charlie desperately tries to save his life. A deeply disturbing event for anyone, but for Charlie, who isn't quite like everyone else, it's much worse.

In an abrupt about-face, Charlie's on her way to North Carolina in the company of two FBI agents. She has to go. She has to get away from the prison for a few days. You see, Charlie can still see and hear Michael Garland. To Charlie, who has always seen ghosts, he's as real as he ever was and will be until he crosses over. Facing her own fears to catch a monster seems a better choice than dealing with that one.

I'm totally in love with a serial killer. Yeah...never thought I'd think, say, or type that in my life. Then I met Karen Robards' latest character creation, Michael Garland, and I swear, it was love at first snarky come-on. In my meager defense, I don't actually think he is a serial killer. Just...um...convicted and sitting on death row...before he's murdered and turned all ghostly. Still, I could not possibly have adored him any more if I tried.

Spectral crush aside, I had moments where I wasn't quite sure what to make of this book while I was reading it. It starts out like an in-your-face, gripping, tension- and terror-filled psychological thriller. A vicious serial killer is slaughtering families, then stops for fifteen years for reasons no one knows, and is now apparently back to bloody business. Psychologist/criminal profiler/FBI team gear up to pit their wits and resources against the heinous killer to identify him and bring him down.

Charlie, in the mean time, is freaking the hell out that he's showing up all the time, keeps getting caught talking to him, and tries everything she knows how to try to get rid of him.

I really wasn't expecting to be quite so entertained by a book about a serial killer, but I definitely got caught up in the humor more than once. I don't think it's ever blatantly comedic - that probably would have been in poor taste, all things considered - but many scenes were amusing and the rest were just flat-out awesome. I loved every single second that Garland shared a scene with Charlie. So much so that it made the scenes in which he is not a part seem a little bland in comparison.

Which is actually a problem.

Lest I forget, and maybe more's the pity, but the book is about more than how hot Michael Garland is. Looking at the suspense elements on their own brought into focus a couple of things that didn't sit well with me about the tale. Charlie and Garland are both powerhouse characters with a ton of personality, but the FBI team that comprised most of the secondary characters in the book never seemed to have anywhere near as much presence on the page or impact in the story. They kept fading into the wallpaper instead of commanding their own space, and I never felt their characters were well-defined enough to have any depth.

The plot threads for the investigative arc of the suspense, though, were quite solid. If you were to remove the paranormal elements from the whole of the book (though that would've been a tragedy), you would still have a gripping psychological thriller. One I would have preferred see evolve a little differently, maybe, but it is still a strong, solid, intense read.

The paranormal elements took it to a completely different level of awesome as far as my reading enjoyment level goes, but it didn't always mesh well story-wise. I prefer a bit more focus on the psychological aspects of the killer's motives and motivations in my suspense fiction. I was a disappointed we didn't get more insight there. I was more than disappointed by the final chapter, which had what I consider a fairly egregious summation scene.

I dislike summation or "wrap up" scenes on general principle. They gloss over all the dangling plot threads and wandering story elements and tie them off during a brief discussion between two of the characters, or between the narrator and the reader. That may tidy up the story and help to answer some unanswered questions, but they always strike me as awkward and unnatural. It's a too-easy out, when the story would be more interesting if the provided information is discovered as a natural result of the featured investigation. In this book, especially, it could have made the suspense seem more substantive in the overall had it been better handled.

Those minor grievances aside, I can't remember the last time I was as happy to turn the last page of a book as I was when I finished this one. Not because the story was over. That part was a major downer; I was heartily and thoroughly entertained and wasn't ready to have it end. What thrilled me to pieces in this case was the note that said there are more books with Charlie and Garland to come. Now that was fantastic news that made my day. I just hope it's soon.

This is the first time I have read any Karen Robards books-I don't usually get into romance novels. However, I do get into books about serial killers-and this one is not your usual serial killer(if indeed he is one at all)! I loved Michael Garland too! I can't wait for the next installment to be published next year-maybe it will be the last one, but I know I will love it! 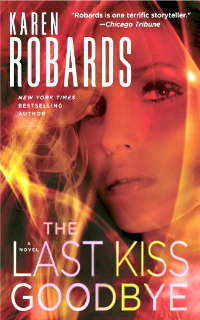 Return from The Last Victim to Romantic Suspense Genre

Return from The Last Victim to One Good Book Home