Nothing Unique or Special 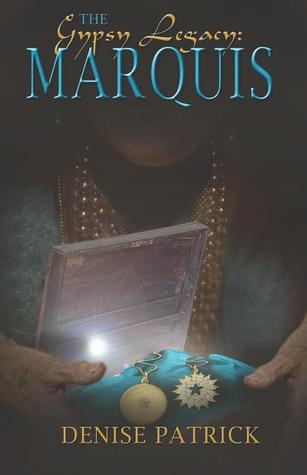 I tried this as a free Kindle download, and have to be honest, historical romances are not my favorite genre, but I've read many that I've thoroughly enjoyed. I was enjoying Gypsy Legacy: The Marquis, too, at first. I found Jay and Tina to be inoffensive lead characters, reasonably well developed, and I particularly liked the fiery younger half sister.

Unfortunately, there was entirely too much about this book that was over-written and over-detailed, and there wasn't anything to make it stand out as fresh or unique. The same sort of tired miscommunications between Jay and Tina created all the emotional tension that occur in so many historical romances, and the evolution of their relationship was tediously formulaic: the instant attraction for the couple, then quickly leading to love for the woman, the man denying belief in his ability to love - despite all evidence to the contrary, then ultimately realizing he can't live without his wife when there's a threat to her, so he does love her. It's been done countless times in countless historical romances and it's been done better. There was a little bit of mystery here, but it was really drawn out and not that thrilling, the truth when revealed had been easily guessed early on.

I actually debated reviewing this book at all out of concern that I wouldn't be unbiased, but the truth is, if the story had been trimmed of the excesses in the historical world building and been more tightly and quickly paced on the relationship development and the mystery, I would've been more forgiving about the lack of originality, because it would've still been engaging. As it's written, though, it wasn't.

Return from The Marquis to Historical Romance Genre

Return from The Marquis to OGBDA Book Review Home