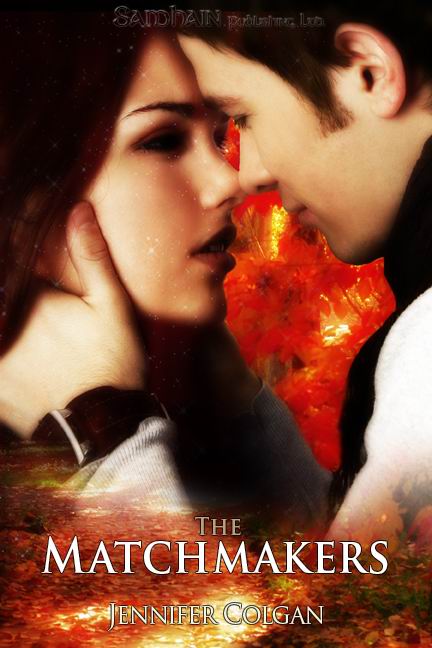 How, exactly, does a banished Fae get self-confessed and rootless commitment-phobe Nick Garret to realize that time is quickly running out on his ability to love when he's so dead set against the emotion to begin with? Sure, he's never met a woman he didn't lust, but he lives life just a packed duffel bag away from footloose and fancy free. His views on women are stereotypical and grim enough to make a faerie curse, and while he does have some scruples, he tends not to examine a woman's words too closely out of fear of brushing against them before he can have her.

Convincing Nick that he's got until the night of the Oak Moon to work with her in joining three couples in true love or the Fae Goddess Freya will strip both of them of their ability to love isn't Calliope's only burden, either. She's got to convince him she's not human, that Fae exist, and he's not losing his mind. Oh, and there's that pesky issue about his absolute disbelief in the concept of love, let alone his willingness to help six people find it. For a Fae of the caste that governs the fulfillment of destiny with a specialty in love, there's really only one way to start...

Step in front of his truck as he exists the freeway on a stormy night and force his truck into a ditch. Yeah. That'll do it.

It's going to be a long two months for both of them.

This is my first read of a Jennifer Colgan book and once again I'm left feeling grateful for my Kindle, as Amazon is offering this as a free download at the moment. Don't let the premise of the book fool you into thinking it's a ridiculous effort, because Colgan definitely shows off her writing chops despite the fanciful and slightly silly premise. The Matchmakers impressed me as a charming, slightly off center, light paranormal romance that touched on some sweet emotions and showed admirable restraint and aplomb in redeeming both Nick, who most obviously needed it, and Callie, whose needs were more subtle but also important.

I enjoyed the humor and the tone of the book, and the solid pacing kept me interested through to the end. I was particularly impressed with Nick's evolution from jaded disbeliever to reluctant believer. The greatest strength in the book lies in his character's very realistic reactions to the sharp left turn his life has just taken. Colgan took her time with him and didn't force inorganic acceptance, maintaining his firm footing in the "real" world, a footing that ever so slowly erodes as the plot progresses and options dwindle.

The depth in the secondary and ancillary characters were another boon for the book, as the cast ran the gamut from a drop dead hottie chef to a married-to-their-job contractor and managed to blend them all together in a comfortable atmosphere with a small town bar as the focal point of the setting. I liked and admired how Colgan refrained from tying up all the loose ends in characters' relationships, too, or having everyone involved tucked neatly into their boxes by the end. It added a sense of reality and kept Nick and Callie's task from feeling too sticky-sweet or cliched at the conclusion.

It's a simple plot, really, and there were a couple of threads that didn't completely thrill me. There was a lack of development in the plot thread about Nick's work site vandal, and much mentioned but not explained about the peculiarity of one of the pairings in the book. The ending was very predictable from the start, though still endearing, and there wasn't much else in the book that I would consider a plot twist. Nick was definitely my favorite character, and I was, again, very impressed with his development. I had moments when Callie got on my nerves, though, with her steadfast inability to see what was right in front of her. For all that she was a love Fae, she wasn't exactly quick on the uptake about her own feelings. And she pined for home through the whole of the book. After awhile that aspect felt just a tiny bit repetitive.

Honestly, though, those issues were small in comparison to my very thorough enjoyment of this fun, cute story and my pleasure at the discovery of an author I hadn't previously encountered. Based on my enjoyment of this book, I've downloaded a couple of other titles by Colgan, and am interested in a couple more, so I suppose the free read did it's job. In the end, that's about as big an endorsement as I can offer.

Return from The Matchmakers to Paranormal Romance Genre

Return from The Matchmakers to OGBDA Book Reviews Home