I Wanted More From This Novella 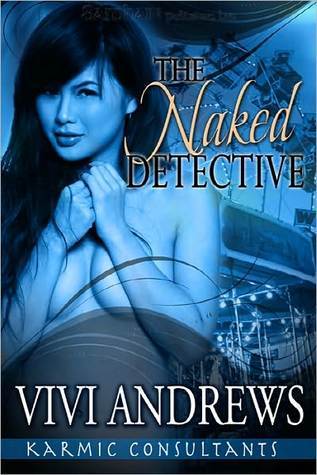 Ciara Liung is a Finder for Karmic Consultants and her services are contracted out to the FBI to find stolen jewels. She's got an 85% jewel recovery percentage rate but a 0% bad guy capture rate, and that's a bit of a problem for her new handler, FBI guy Nate Smith, who thinks Ciara is crooked as hell. No one's that good on recovery and that bad on helping secure arrests, and the bogus psychic crap is a joke. Gorgeous shut-in who's only psychic when she's naked and floating in water? Not in Smith's world.

But Ciara's on the up and up, she really is psychic and she really does need the water and the absence of clothes when she's Finding to focus her gift and prevent psychic dissonance. She's spent the last ten years stuck in her home, unable to touch people and unwilling to risk psychic feedback if she goes out in public. Nate's belief or disbelief matters little to her, until he starts rattling her cage about her being a criminal.

The theft of Monaco's royal jewels threatens to blow up into an international incident, and Nate's planning on using the theft to prove Ciara's guilt. He drags her along with him when her gift points them to Atlantic City, but things don't quite go as planned. Instead of uncovering a mess of dirty little secrets and proving her guilty, Nate starts to believe. And believing is infinitely more dangerous for them both.

I'm a huge fan of this Karmic Consultants series, and I get more and more impressed with Vivi Andrews as I go along. This is a quick, funny read with two characters who strike a lot of wickedly fun sparks off each other. The narrative is smooth, there's lots of witty repartee between the characters, and the characters were pretty well developed for the short length of the novella.

The biggest problems I had were with the too-quick change of heart Nate goes through and the sudden about-face of Ciara's gift while they're together in Jersey. Neither were well supported in the plot or satisfactorily explained, and both could have been handled much better with more room to develop than they were given. Of lesser concern, but a concern just the same was the perfunctory and abrupt development and climax of the plot thread with the jewel thieves. I was very disappointed in that.

The Naked Detective isn't a bad novella. Vivi Andrews writes characters with shining personality and puts them in situations, or has them thinking or saying things, that make me chuckle. Overall I liked what was there in this novella; my issues were with what wasn't. The main characters are likable (well, they are once Nate yanks that cane out of his...um...yeah) and the set up for the story was sound, with lots of juicy character and plot development potential. I would have really enjoyed seeing that potential more fully realized in a novel.

Return from The Naked Detective to Paranormal Romance Genre

Return from The Naked Detective to OGBDA Book Reviews Home