The One I Want

Didn't Offer Much of What I Wanted 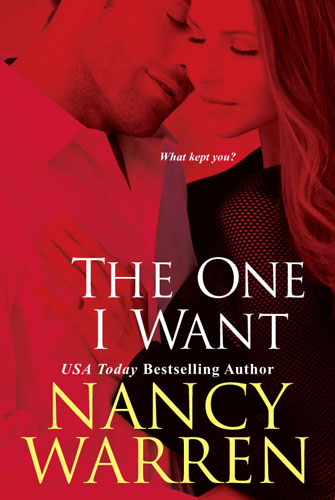 Flighty and irresponsible Londoner Chloe Flynt, party girl extraordinaire, goes through engagements like she goes through career paths...quickly, expensively, and without the first clue as to what she really wants. She's broken off three of them, but as she's never finished anything she's ever started, at least she's consistent. When her parents are unwilling and unable to financially support one more of Chloe's ill-planned endeavors, she takes off to the USA and the great state of Texas, ending up in Austin and living right next door to ubersexy landlord and all around drool-worthy Matthew Tanner. Tanner, though, has a girlfriend...even if he hides from her in Chloe's house...and Chloe has commitment issues miles wide. Fortunately, with Chloe's new business, the Breakup Artist, where people hire Chloe to break up with their significant...and not so significant others, those commitment issues actually serve her well. But will she stick to this career? Can she stick to anything? No...seriously, can she stick to Matt? She'd LOVE that. Ah, well, only time - and a lot of messy relationship terminations - will tell.

The One I Want is a decent light read. It certainly wasn't your prototypical contemporary romance. In The One I Want the two lead characters, Chloe and Matt, are neither afforded the most character and relationship development nor are they the most sympathetic of characters in the book. In fact, between the shoplifting bank teller, Stephanie, the rough-biker-looking undercover cop with a wounded dove complex, Rafe, and the so-uptight-she-squeaks psychologist Deborah, secondary characters get more development and story than the leads do. The good news is that it's a smooth narrative told with a quickly moving, if a bit thin plot that really allows a full body of characters to interact in quirky and often fun ways. The bad news is...I wanted to see the relationship with Chloe and Matthew develop...and to have them at least in the same room together for more than a few moments at a time was very rare. While all manner of time and effort was given to Stephanie and her issues, and the burgeoning relationship with Rafe, as well as the evolution of Deborah's character and the relationship between her and her love interest, we don't really get to see much more than sassy sparring between Chloe and Matt until the last 20% of the book. As foreplay, that's fine...but when the focus of the book does finally shift to them, the narrative takes a weird turn and becomes a little disjointed and jumpy - skipping ahead in time after quick flashes of scenes, giving me the feeling I was reading the Cliffs Notes version of an entire relationship condensed down to startling brevity.

When I add that disappointment to the fact that I never really warmed up to Chloe, who I found to be remarkably superficial and a bit too much of a princess to really appreciate, and thought the entire vapid concept of The Breakup Artist was tragically unkind and potentially dangerous, no matter how it was handled to seriously downplay that aspect, I ended up feeling like the book as a whole was okay, but too many things prevented me from really enjoying it - especially towards the end, which sticks with a reader the most.

Return from The One I Want to Contemporary Romance Genre

Return from The One I Want to OGBDA Book Reviews Home