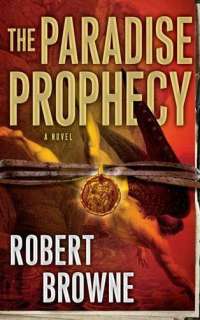 Disclosure: An Advance Reading Copy was provided to me for the purpose of a review. The rating, review, and all thoughts and comments included are my own.

Hey, you. You...out there. Have you noticed? Have torn your eyes away from your smartphones and iPads, your Facebook and Twitter accounts, your social networking in any and all forms, and taken a good, hard look around lately? Wars, terrorism, failing world economies, disaster, corruption, pollution, disease, fear, intolerance, hatred. A barrage of seeping, soiled souls spreading like rot over a once fertile landscape. Hard core, irrefutable evidence laid down with fury, as if a thunderous prosecutor is intent on using our obvious damnation as fuel in his apocalyptic war against creation itself.

Well...what if he truly is?

Or, more rightly put, what if they are? Four demons, once fallen angels condemned by a tyrannical god, cast out of paradise and, with the ancient serpent, tossed into Abaddon. What if they are even now stalking the earth, cloaked in eons of loathing and evil malice for the chattering monkeys that scurry like cockroaches across the face of the planet? Monkeys whose lone worth is the ease of their corruption.

What if the four have amassed enough souls? Cast enough into the fires? What if there is enough fuel stored in the shrieking agony of the fires of hell to power the gates of Lucifer's locked cell, to finally release him and pour forth unimaginable misery and destruction on a world over which the serpent is determined to rule? And what if those four demons have found the final piece of a prophecy to guarantee their victory, a prophecy so dark, so hideous, that those who have gazed upon it went blind and the pages containing it have been hidden away for centuries?

What if, my dear, fellow condemned, God, in all his Old Testament tyranny, turned his back on his creation eons ago, moved away, left no forwarding address, isn't taking any calls, and we're really on our own against these four demons? Well...not completely on our own. There's Batty... Sebastian "Batty" LaLaurie, bibliophile, theologian, and John Milton fanatic; shameless drunk, willing lout, and utterly broken man. And there's Bernadette Callahan, agent for a secret government group known only as Section; cynic, spy, sometimes killer, always bad ass, and a woman teetering on the brink of physical and mental collapse.

The race is long, the clues daunting, the clock ticking down, our heroes over their heads and in constant danger. Across the globe they race, following clues found at the scenes of vicious murders, searching for the brilliant ramblings of a long-dead poet, and whispering of conspiracy, prophecy, sacred relics, and holy artifacts, all in an effort to unlock the mystery of the seven pages of the Devil's Bible...in the hopes of saving us all.

I have a confession to make. I was a little leery of starting this book, knowing up front that it was going to be in a similar vein as The Da Vinci Code with much of the mythology and history motivated by and evolved from John Milton's epic poem Paradise Lost. With all due respect to Dan Brown, I wasn't a fan of The Da Vinci Code in either style or substance, and my vague recollections of Paradise Lost inspired only memories of confusion and frustration during a college class best forgotten. The Paradise Prophecy sat on top of the towering pile of books I intend to read, looking quite fetching as I procrastinated. Only when my guilt about a commitment to review it grew to overshadow my hesitation did I sit down, crack it open, and begin.

Browne knocked me flat with this gripping, thrilling tale of warring dark angels, the contentious value of free will, and the triumphant potential of even a battered human soul. Incredibly imaginative and judiciously executed, Browne's narrative served well as both a homage to Milton's epic poem, wildly and richly mystical, and as a heroic and timely cautionary tale. Incorporating Paradise Lost into the mythology and backstory allowed for The Paradise Prophecy to maintain a note of genuine religious reflection but grounded the story firmly within the comfortable bounds of fiction, instead of it reading like a subversive alternate to historical religious dogma.

As a sleek supernatural thriller the book is a blockbuster, with complex, often bedraggled characters who inspire sympathy and a quest that is flawlessly contained to prevent it from slipping the author's control, but is huge enough to be truly epic on its own merits. I have a big soft spot for anti-heroes in the books I read, so Batty and Callahan were appealing independently, and working together they were positively inspired. I loved how Browne managed their relationship, and thoroughly appreciated their individuality. I loved Batty's sarcasm and his often gloomy view of the world, and adored the strength and intelligence, not to mention the flexibility of thought and motion, that was encapsulated by Callahan. I was especially fond of the roles they had, in which the male lead was the bookish font of all knowledge esoteric...and more than a little nerdy with it, and Callahan was the no-nonsense female lead who dealt with issues by force instead of emotion.

Browne not only tells a wicked tale, but he crafts the telling very well, pacing the plot threads with careful consideration and an eye for the big picture, revealing tidbits of information as it goes along. It kept me on the edge of my seat throughout, hungry for the next big reveal, dying to find out how each piece connected. The prose was fluid and dialogue natural, and despite the weighty topic and worldly locations, I never felt I was in over my head with the languages or wealth of information. Neither did I feel like I was being spoon fed a Milton For Dummies retrospective. Browne writes with intelligence, his work literally vibrates with it, but it's the sort that embraces and draws you in, instead of slamming into you and demeaning in bites.

While it's hard to view such a fantastic and entertaining story with a critical eye, there were a few points that left me a tiny bit less satisfied. I was a little put off by the way sex was used in the story, as nothing but a tool or method of corruption. With nothing to balance that, it gave the impression of being a condemnation against sex in general. I also thought there was a time or two when Batty's gift came in a little too handy and some very esoteric information fell into his and Callahan's lap a little too conveniently as a result. That led to an instance or two where information came out in larger info dumps, instead of in bits and pieces as a natural consequence of actions taken or mysteries revealed.

Those issues, however, were minor and didn't detract much from my sheer, unadulterated enjoyment. And enjoy it I did. Very much, in fact. It's so smoothly written, the supernatural elements so perfectly blended with the mystery, thriller, and action adventure elements, that the story unfolds with unusually sharp clarity. I admired every nuanced crevice and appreciated each bit of tone. It all played out like a major motion picture in my head and would be extremely well suited to the big screen. I hope I see it there, and in the meantime, I plan to see what other efforts Browne has published. The Paradise Prophecy may have been my first experience with him as an author but I can guarantee it won't be my last.

Return to top of The Paradise Prophecy

Return from The Paradise Prophecy to OGBDA Book Reviews Home