A Little Less Than Revolutionary 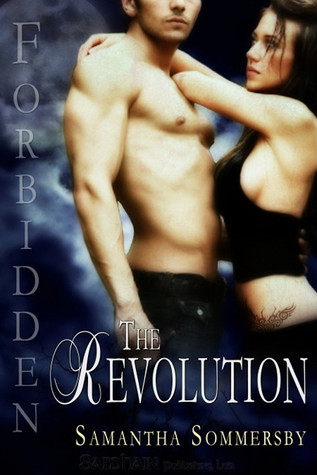 Special Agent Dell Renfield is on a new assignment, going under cover with Special Agent Alexandria Sanchez to bust a drug ring in Vegas. But that's just his day job. His father, Byron Renfield, former Dominie and leader of the revolution against Cain's followers, is certain that Dell's new partner Alex is actually a Chosen child and vampire Christopher's daughter, taken from her father after her mother's murder. But Byron's been certain before and Dell can't let his father's quest keep him from doing the job he's actually paid to do. Even as Dell becomes more and more convinced his father is right the longer he spends with Alex. She's captivated him effortlessly and despite his determination not to be a blood drinker, it's all Dell can do not to take a taste...of anything and everything she's willing to allow him to taste.

Their undercover job takes a turn when a decades-old spell flares up around Alex, and a simple assignment takes on wider implications when the focus of the investigation turns towards an old foe. Dell is going to have to sacrifice everything to keep Alex safe, even if it means dipping into the darkest of the dark magics, even if it means the price of those magics is his very soul.

A lack of exposition is a serious problem for this book, which is set about twenty-five years after the events in The Ascension (Forbidden: Book 2). Much more needed to be provided to a) remind the reader of the world building and series mythos and b) give a rough overview of previous events that would draw a reader into the time line and remind/inform them of the happenings in the previous books. Without it, I felt cast adrift in a flurry of almost random scenes that were meagerly fleshed out and populated by ill-defined characters. An unfortunate sensation that wasn't a problem in either of the previous books in the series.

Unlike those, The Revolution drops the reader into an initial meeting scene between new partners Alex and Dell, and while their chemistry is immediate and there was some humor in their repartee, the strength of the plot surrounding them is cursory at best, with a confusing directive and muddled assignment that never seems to really coalesce into something meaty. The entirety of their stay in Vegas is heavily overladen with a repugnant but ultimately impotent mid-level bad guy fronting a darker threat, but even that's not given much room to grow before Alex and Dell are "finished" with their assignment and on their way to reunite Alex and her father. There is quite a bit of time spent on the heat between Alex and Dell at the expense of their job, and that was disconcerting.

What disappoints me most about this book, however, is that the plot, while bare-boned to the extreme and lacking clear definition, back story, or development, is based on a solid concept and had a handful of appealing characters with a lot of potential. Had there been about 100 or so more pages that concentrated on exposition, defining and fleshing out the plot conflict, identifying the antagonist, and offering the characters a bit more depth and a lot more identity, this could have been a first rate novel and elevated Sommersby to another level in the paranormal romance genre.

As it stands, I thought it was an okay - if perfunctory - read that left me feeling more disappointed about what wasn't there than I felt for anything that was.

Return from The Revolution to Paranormal Romance Genre

Return from The Revolution to OGBDA Book Reviews Home