The Right to Remain Mine

More Romance Than Suspense But... 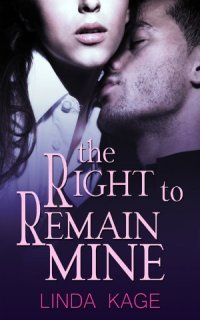 Disclosure:   An copy of this book was provided to me by the author for review. This rating, review, and all included thoughts and comments are my own.

Police Lieutenant Raith Malloy hates lawyers. He puts his life on the line every day to drag criminals to jail, only to watch them saunter out the door on the way to their next crime courtesy of some lawyer making a deal or winning a trial. It's enough to make a good cop sick. And a lawyer like Willow DeVane? She's the worst of the worst.

Not only is she a divorce lawyer, which is its own zip code of badness, but she's so damn good looking, so high class and sexy, that just being near her makes him ache.

And that really pisses him off.

Two years of snide comments. Two years of derision. Two years of domineering, disgruntled sarcasm. That's how long Willow has put up with Malloy's bad attitude. She should have just taken the damn ticket he'd tried to give her back then. If she had, maybe he wouldn't be so intent on ruffling her feathers whenever their paths happen to cross. Not that she hasn't dished out her fair share of the disdain, of course. It's a true crying shame that man is so criminally attractive. If he were less...delicious-looking, it would be far easier to ignore him for the overbearing, obnoxious ass that he is.

Unfortunately, one of her clients has been arrested and she has no choice but to go down to lockup to secure his release. Willow wasn't surprised to find the man belligerent and emotionally unstable, but she didn't expect him to get violent with her when she terminated their professional relationship over his misdeeds. Surrounded by policemen, of all things, he goes at her like a ravenous dog after a bone. The man was quickly pulled off of her, but it was her extreme misfortune that Malloy saw the whole thing.

Odious and demanding, he has the nerve to command her to take a self defense course to better be able to protect herself. It doesn't matter how opposed to the idea she is, Malloy is freakishly intent. She tries to push him into backing off by saying the only way she'd comply is if he taught her, but the plan backfires. And when he shows up at her door, spends time working her through the defensive moves with that powerfully strong and surprisingly lithe body of his, she starts to realize just how dangerous that idiomatic double-edged sword can be.

And how very much she likes it.

Kage's The Right to Remain Mine is a romantic suspense that much more heavily favors the romantic elements over the suspense. I tend to prefer a better balance between the two, but I have to admit, Kage won me over in this one with the unconventional characters and a relationship that was almost as combative as it was combustible. I ended up both amused and a little charmed by the characters, and the lack of significant suspense didn't bother me so much.

Raith is all man. That's really the only way I can describe him. And not the typical romance leading man, either. The too good to be true, big and strong alpha male who, despite being able to bench press a Buick or buy a third world country, is still firmly in touch with his feminine side and bends over backwards to meet the heroine's needs, even at the risk of emasculating himself, as soon as the requisite relationship conflict is resolved. Yeah. That's not Raith.

Sexist, obstinate, and a bit of a verbal bully, he's got emotional baggage out the wazoo and it colors almost everything he says and does. I could easily picture the man spending most of his free time watching sports, drinking beer, scratching his balls, and flipping through last month's Penthouse to read the "articles." He struck me as the sort of guy who appreciates classy, sexy women for their fine bods and their wicked brains, but never feels quite worthy of having one. He's definitely out of his element with Willow, he knows it, and it makes him surly, uncommunicative, and more than a little bit of a jerk on several occasions.

Obviously, he isn't all bad, or he wouldn't have been very likable, but he definitely isn't the typical romantic lead. He did have his moments of panic and vulnerability that kept him believable and sympathetic, and being given glimpses into his head helped me really embrace his prickly, cantankerous nature. Kage did a great job making him both a jackass and totally endearing.

Willow was slightly more the prototypical heroine. Rich, well-educated, used to having things mostly go her way, she's also high spirited and has a clean, mean temper. She's got a reputation as a man-eater, which is fairly far from the truth, but the reputation tends to help her professional image so she doesn't bother disabusing anyone of the notion. Her family adores her and she adores them, but she does tend to lead a very solitary life at her core. And she thinks Raith is one fine specimen of manhood who would be fabulous to spend time with...if he'd just never speak.

I liked them both very much, even when Willow was acting pretty oblivious to some things, or when Raith was making some serious errors in judgement that put Willow at risk. Together, though, they were dynamite. I can't say they were ever really enemies, per se, as most of their snarky back-and-forth is desire-based, but there is a definite enemies-to-lovers feel in the arc of the romance - and that's one of my favorite themes. I thought their physical relationship was deliciously sexy and wonderfully raw, and their emotional relationship was sort of sweet, a little awkward (in that feel-good way), and very satisfying.

Some of the other elements of the book weren't as appealing. The beginning was a little confusing for me in relation to the timeline. I was confused about how much time had passed between Raith writing Willow's ticket and Willow getting accosted by her ex-client. It was clarified later, but Raith's reference to several months and a later mention of two years seemed disparate to me and threw me a little. Also, towards the middle of the book there was a flashback scene that took me completely by surprise and seemed out of place and awkward to me.

And as I mentioned before, the suspense plotline was pretty weak and didn't have nearly as much presence in the narrative as I would've liked. It came up suddenly and ended suddenly and didn't really add much to the overall read. Some of the more subtle threads of the threat were very nicely done, though, and I didn't dislike what was there. I just wish there had been more.

I loved the epilogue, though. Loved everything about it. Loved when it was set, where it was set, and who was in it. It was, for me, the perfect cherry on the Willow-and-Raith romance sundae. It made me smile for quite a while after I finished the read, and it left me with a very positive feeling towards the book. Fans of more traditional romantic suspense may be a little disappointed in the preponderance of romance in this one, but I like romance quite a lot, and it was that romance and the great characters that pulled this one out for me.

Thank YOU, Linda! I enjoyed Raith and Willow quite a lot and had a great time reading this one. I wish you all the best on its success. 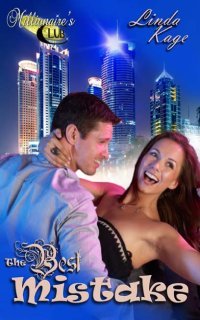 Return from The Right to Remain Mine to Romantic Suspense