A Hit With This Dog Lover 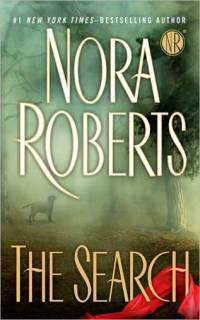 Some call her a victim. Eight years ago she was the lone woman to escape a serial killer's deadly web. Some call her a hero. Seven years ago her fiance and his K-9 police partner were gunned down by the killer in revenge for her escape, but it was her testimony that put the murderous sociopath behind bars. Fiona Bristow considers herself a survivor. She endured. She lived. She fought back, got away, and stepped up, then pulled herself back from the shaky precipice of grief and trauma and moved on, building a decent life for herself on Orcas Island in Washington state.

Now Fiona is a respected dog trainer. She deals with multiple levels of group training as well as one-on-one training for dogs with behavioral issues, but she specializes in training search and rescue dogs and their handlers, and heads an S and R team that works with the local and state police on an as-needed basis. When her neighbor, the terse and blunt woodworking artist Simon Doyle pulls into her driveway with a short temper and a bundle of incorrigible puppy named Jaws, Fiona gets both a new client and an opportunity to explore an interesting amount of sexual chemistry. Her life is full with a job she loves, friends and relatives she cares about and enjoys spending time with, and dogs that are her passion and pride.

It was an idyllic life bursting with potential until the morning one of her friends on the police force turned up at her house and told her that two women were dead and a new monster had risen to pick up where the previous one had left off, a copycat killer who seemed to be heading closer. Fiona's life was once again in the crosshairs of a killer.

The Search is an appealing romantic suspense that displays much of Nora Roberts' skill with an atmospheric narrative that fully submerges readers into the setting, and charms them with appealing characters who are likable and sympathetic. Characterization is one of Roberts' greatest strengths, and all primary, secondary, and ancillary characters are fully formed, realistic, and three dimensional. I loved Fiona and Simon, and I adored the dogs, especially Jaws, who was great for comic relief through the first two parts of the book.

I found the search-and-rescue aspects fascinating and well researched, and those plot threads felt authentic and added a lot of emotion to the story. The romance was thorough and satisfying, and Fiona's strength, independence, and obsessive orderliness fit well with Simon's near antisocial tendencies, his artistic temperament, and his inherent sloppiness. There was a great blend of sexual tension and emotional comfort in their relationship as it evolved, strengthened, and became significant, then imperative. Few authors are as talented as Roberts with the ability to slowly age and develop characters and bring them together stronger and better for the pairing.

The serial killer and copycat threads were the weakest points of the story for me, and felt unoriginal and tired. The copycat in particular never struck me as anything but a pathetic poser, even as his violence escalated, and he never seemed composed and intent enough to be a realistic threat. Perhaps if his crimes had been blended in a little better than they were, or had more presence in the narrative, but the scenes that featured him seemed sparse and lacked impact.

I'm also still confused about the the trend I've noticed in the dialogue Roberts has been writing over the last couple of years. I still haven't been able to put my finger on what it is, exactly, but it almost seems like dialogue shorthand, with a shortened sentence structure and a lack of dialogue description that would normally add tone to the characters' voices. As a result, characters often seem to be speaking in a rapid fire back-and-forth that seems devoid of emotion. It's a bit startling when compared to the fluid, descriptive, colorful narrative that so adroitly captures the setting, painting it in vibrant visual detail.

Take those issues out of the equation, though, and The Search was one of the better Roberts' romances I've read lately. Fiona and Simon were strong, memorable characters who truly seemed made for each other, and I loved seeing Fiona work with the dogs. I also appreciated the lighter, humorous moments liberally spread throughout the book. There were several instances where I found myself chuckling out loud, and far more funny moments than I've ever seen in her other books. It was a very pleasant surprise, and it added another dimension to this thoroughly entertaining romance.

Return from The Search to Romantic Suspense Genre

Return from The Search to OGBDA Book Reviews Home