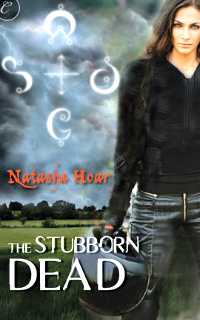 Disclosure:   An ARC of this book was provided to me by publisher Carina Press via NetGalley.

Hindsight being what it is, Rachel Miller should have climbed right back on her motorcycle and ridden away as soon as she saw...and felt...the charming house she'd been called to clear of a dangerous spirit. The waves of rage and pain that emanate from the house jar every cell in her body. She had dealt with aggressive spirits before, though, and had plenty of experience in her job with the Order of Rescue Mediums. A wraith is nasty, but doable. Metaphysically speaking, at least.

When she engages the nasty spirit, trying to release it from the home, it doesn't respond like any other wraith Rachel has ever seen or heard of before, drawing into question just what, exactly, she is dealing with. If it's not a wraith, she has no idea what it is, and successfully releasing it just got a whole lot closer to impossible.

She can't just walk away, no harm, no foul, either. Once she actively engages a spirit, she is bound to follow through until either it's gone or she's dead. If she doesn't, she's kicked out of the Order, the repercussions of that so severe that dying by not-wraith may actually be preferable.

As if her situation isn't dire enough, she's got a supernatural mob boss all up in her business and her client is mixed up in something so threatening it forces Rachel to look over her own shoulder. She's definitely had easier jobs. If she can't get rid of whatever is in that house with the oh-so-bad vibes, though, she won't ever have another.

It's hard for me to believe, but with only about 20,000 words, Hoar created a totally satisfying, thoroughly entertaining urban fantasy series debut that rocked my world. I didn't even know that was possible. I'm sure part of my appreciation lies in my love for hauntings, ghosts, ghost busters, ghost investigations, et al., but without Hoar's deft and comprehensive storytelling ability, this very short but lovely story would have still fallen flat.

There isn't a significant amount of expansive world-building, or pages of exposition to set up the story and the characters, but as it turns out, Hoar didn't need it to kick her story off and make her main character, Rachel, believable and sympathetic. I enjoyed her. Her quick-witted, sardonic, take no prisoners personality is really right up my alley.

Combining that likable character with a main plotline that has depth and you have a story with teeth and enough layers to keep me coming back for more, unsure what to expect next but happy to find out. The building blocks for the future of the series were laid well, right alongside a fully realized story conflict with enough closure to make the novella feel complete. And okay, it's true, I sort of had an instant if perhaps unwise attraction to supernatural mob boss Janus. Maybe there's something wrong with me, but I swear, I adored the tension between him and Rachel.

There's no romance in this short novella, per se, but if the series is heading that way, I hope it includes Janus. Call me a romantic, but even the possibility of him redeeming himself because of his feelings for Rachel flips my switch. I'm a total sucker for a redeemable bad boy.

At this length, there isn't room for sweeping, epic plot and a wide diversity of characters. Hoar kept her tale conservative in that regard, careful not to overextend herself. That being said, she definitely made the most out of what space she had and maximized every word that went into it. I was engaged and entertained from word one. I love that about this story. 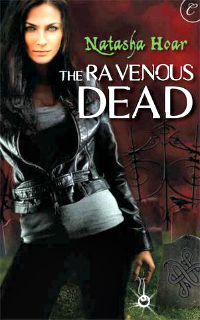 Return from The Stubborn Dead to Urban Fantasy

Return from The Stubborn Dead to One Good Book Home