Less Camp and Chaos Than The First 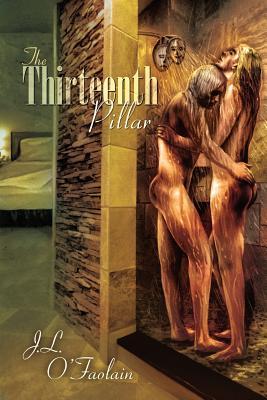 It's only been a month since exiled sidhe Tuulois MacColewyn agreed to join the police department's newly reappointed Section Thirteen, the section dedicated to investigating crimes by or against paranormals. Though time with his new lover and partner, NYPD Inspector Joss Vallimun, is definitely one of the perks, the workload is intense and resources are few. Cole's life is becoming barely recognizable.

Not only is Section Thirteen horribly overworked and wretchedly understaffed with only Cole, Vallimun, and Cole's erstwhile best friend, Detective James Corhagen to handle the caseload (everyone else keeps fleeing in terror when slimy things rise up out of the sewers - the cowards), but the cases themselves are getting more and more disturbing. Even for a sidhe who's seen, done, and snarked his way through as much as Cole has.

The burned and partially masticated bodies of several young boys have turned up in the morgue, and Cole has to use his abilities to question the victims. Disturbing as that is, there is also the brutal slaying of a private school teacher by what appears to be a pack of fey wolves on Staten Island. And they're not the only fey to be acting in a way that's against their nature, either, and they all have one thing in common: a suspicious black collar somewhere on their body and tales of enslavement to a new lord and master.

It's a complicated, dangerous, stressful time to be the only full-blooded sidhe cop in NYC. Good thing he's pretty.

Sometimes it's the story, sometimes it's the characters, ideally it's a combination of both. There are a myriad of different reasons that a book or a series of books appeals to me. In this wacky but weirdly wonderful series, it's the combination of Cole as a main character, the utter charm and likability of several of the secondary and ancillary characters, and the author's writing style that have made me a fan.

The first book was campier than this one, more flamboyantly wicked and generally bizarre. I embraced the flighty storyline, ignored most of the camp, and accepted the chaos in the writing because I adored the insouciant, irrepressible, irredeemable Cole. He was a delight of a character. He still is, but this installment offers a slightly more serious, darker version of the sidhe.

His character, intentionally or not, actually seemed to perfectly reflect his situation and the tone of the book. It was as if even the immortal Cole is feeling the strain of the amount of work Section Thirteen is dealing with and he's worn out enough to mute some of the natural incandescence of his personality. Or maybe he's just more relaxed now that he's having sex on a regular basis thanks to the big and brawny Joss.

Whatever it is, I liked this version of Cole very much. He's still a wellspring of sarcasm and sardonic humor, but he's not quite as persistent to the point of annoyance with Corhagen (who I still avidly dislike), and his actions in this book evidence a more accurate reflection of his emotional investment in the people he cares about than they did in the first book. All very good things.

The storyline was a bit more complex than that of the first book, yet ironically easier to follow. There seemed to be more going on as far as sources of external conflict, and while I think the plot lacked a little of the emotional intensity that the first one had, I also think it was better constructed overall. Plot points and story elements were added as the book progressed, all building on a solid foundation, and it provided an increasing level of danger and intensity throughout the read, as well as bulking up the narrative with depth and dimension.

This still isn't a book that's flawless in concept and construction. There is still a good dose of camp, and there are scenes and story threads that get a bit chaotic. The humor is certainly very subjective, and I wouldn't recommend it for romance-only fans. There is a thin thread of romance in this book, as Cole and Joss seem to be building an actual relationship as opposed to just occasionally having hot (very hot) sex, but this isn't at all a romance series and that thread stays ancillary to the plot-driven story elements.

I just think this book and this series is a hell of a fun read. In fact, I have such a good time when I'm reading, and I love Cole's character so much, that I get swept up in what's happening and forget to think about the book critically. Maybe that makes me a bad reviewer. All I know for sure is that it makes me a happy reader.

Return from The Thirteenth Pillar to LGBT-M/M

Return from The Thirteenth Pillar to One Good Book Home