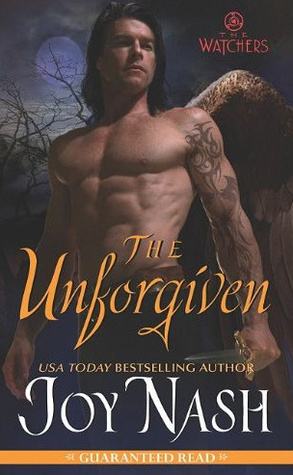 Disclosure: An ARC of this title was provided by Dorchester Publishing via NetGalley. This rating, review, and all included thoughts and comments are my own.

They call themselves Watchers after the angels from whom they descend, but to those who hate and fear them they are called archdemons, abominable, vile beasts who feed on flesh and blood, who manipulate and corrupt the cherished humans around them. They are the bastard children of angels and humans. Abominations to heaven and cursed for it, denied heaven, denied hell. They are the Nephilim.

And it so sucks to be them.

Grouped in clans based on their angel ancestors, they are more than cursed with Oblivion, they are cursed to fight and make war with each other, to be enemies through time, a deep and instinctive hatred that is as much a part of them as their demon forms and hungers. But they can be enslaved. And with such slaves, Clan Azazel has waged a deadly war on ancient rival Clan Samyaza, leaving only a handful alive.

Now Artur Camulus, chieftain of Clan Samyaza and desperate to protect his clan, commands Cade Leucetius to go to an archeological dig in Israel, and in so doing, cross a line of honor and commit a act Samyaza had previously thought anathema. He was to find the dormant Watcher from outclan, a woman unaware of her heritage and sure of her humanity, and see her through her transition, anchor her through the sex that all of their kind need to reach maturity and enslave her and her magics for their own as he does so.

Maddie Durant had survived a malignant tumor in her brain only to become a pawn between forces she didn't believe existed prior to her trip to Israel. Now, as a vigilante faction intent on the death of all demons seems to be allying with one of those they condemn, and a clan war threatens to explode into open violence on the streets, she is both potential savior and helpless victim, and her indomitable spirit draws potential jailer Cade to her in ways he'd never expected, despite the curse that makes them enemies.

The rules are clear, his orders sacrosanct, and yet the heart of a demon may be all that stands between life...and a damnation more devastating than even heaven could imagine.

Joy Nash kicks off this dark, decadent series with a wealth of original mythos and intriguing history that offers fresh breath to a well-worn genre. There is much to appreciate in The Unforgiven, and fans of dark romance and grim fantasy should be thrilled by the groundwork laid here. The plot is thick, rich, and wonderfully diversified, the world extremely well defined, and the characters three dimensional...though not necessarily likable.

With two main antagonists as potential enemies in this debut, Clan Azazel and DAMN, an unfortunate acronym for Demon Annihilators Mutual Network (the human organization intent on wiping demons from the earth), not to mention the persnickety angels and hellfiends, Nash has set the series up with a firm foundation of really hateful bad guys with several complex motivations that her protagonists can fight with wit, wings, and wrath. It was a rather impressive display in a debut novel.

But it was not without it's problems.

To set up the world and define the players, Nash used a shifting focus in a third person point-of-view narrative, breaking up the scenes of the plot arc for Cade and Maddie with scenes focusing on Artur, on Cybele's brother Lucas, even on the chieftain of Clan Azazel, Vaclav Dusek, not to mention many, many scenes from the past, focusing on Maddie's ancestor, Lilith. It painted a uniquely complex and highly stylized picture of the world for the series, but it just didn't allow for any room or rhythm for a true romantic connection between the main characters. In fact, as a reader, I was so overwhelmed by the minutia, by the shifting perspectives, by the abrupt transitions, that I ended up feeling disgruntled on several fronts.

I loathed Artur. I found him utterly unlikable a character, jealous, petty, and small, and if he's supposed to be a good guy, he's got a long, long, freakin' long way to go. Sex - and hey, normally a huge fan - became something disturbing in the book as it was utilized as the anchor for transitioning Nephilim and a method to enslave. In fact, that alone unsettled me to such a degree that the very long (god, it seemed to take forever) transition scene for Maddie was painful in places, not erotic, not something joyous, not even something loving or at all tender. And the need for Gareth to go through transition with Cybele anchoring him actually hurt my heart with its implications.

And don't even get me started on the relationship between Azazel and Lilith. I like to think of myself as being fairly open minded, and I understand that it was several millennia ago, and demons will be demons, but that was disgusting.

I love books in which the good guys have a dark side, and aren't White Hats. I prefer it when they heartily embrace the many shades of gray. But in The Unforgiven, alleged good guys (Artur in particular) were virtually indiscernible from the bad guys in action, history, and thought. It's a dangerous line to tread, because if you can't tell the good from the bad, what's the point?

I feel the same about books with dark themes - I love them, don't get me wrong, but without hope, without a glimmer of something good or positive, the dark becomes despair, and there's no fun in reading that. Cade and Maddie should have provided that glimmer in this book, but because so little of the story dealt with any sort of relationship evolution between them, and there was no explanation of relationships for Watchers to begin with (not even the mate bond was explained, just referred to), it just didn't work out that way. The romance ended up lacking emotion, and Cade and Maddie's feelings felt like dusty footnotes by the end, rather than being actively engaged.

On a conceptual level, the book is fantastic, and it's extremely well written. The depth and imagination involved, the creativity, all of that was undeniably impressive. It's a dark book, with dark characters who have dark and disturbing - and sometimes horrifying tendencies, and do unspeakable things. I can appreciate that on a stylistic level. I think, though, that it overreached for a first book in a series, and was more ambitious than necessary. I was left feeling like too much got crammed into what is, for a series debut, simply the first chapter. 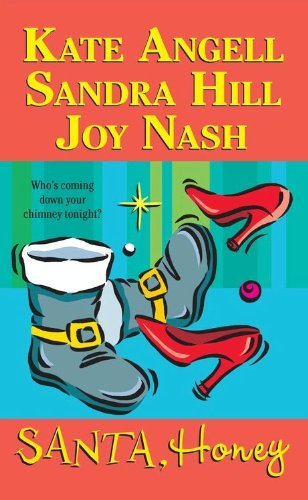 Return from The Unforgiven to Paranormal Romance Book Reviews

Return from The Unforgiven to OGBDA Book Reviews Home