They Call Me Death 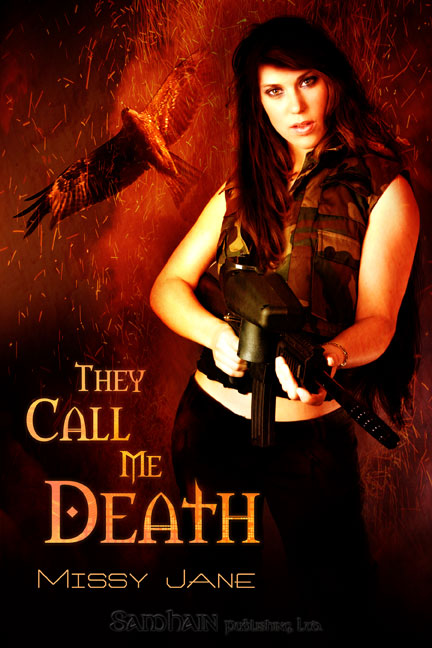 I have to admit, I was pleasantly surprised by this novella-length story. Had an additional 100 or so more pages been added to flesh out the world building and character development, this could have been a solid urban fantasy novel and the start of a strong series. As it is, there is enough here to be interesting and unique and it made for a very decent read.

In an alternate version of the U.S., shapeshifters came out of the closet in bloody fashion, resulting in a war that split the country from east to west, from sea to shining sea, and left humans struggling for any sort of cultural resurgence in the south while in the north, shifters flourish. Between them stands a wall, and on that wall stands Alexia Williams, a member of the Combined Human States Army, and known to the shifters simply as Death. She's the lone survivor of her family and after having watched her husband and infant son brutally slaughtered under the fangs and claws of shifters, she's got absolutely no love for their species and not much more in the way of tender feelings for even her fellow man. In fact, her loss has turned her into a cold killing machine and the only person she trusts is herself.

When a three hundred year old golden eagle shifter named Andor steps in and saves her life, then asks for her help in uncovering the truth behind missing shifter youth, shifters that are disappearing into human territory, it takes a lot to convince her to even start taking another look at shifters in general, and Andor in particular. Can a woman who has lost so very much ever trust a member of a species responsible for that loss, or will Death reign supreme in the end?

They Call Me Death is well written, given the constraints of the length of the story. At it's core is a compelling narrative about the importance of humane and ethical behavior, the dangers of corruption, and the truth that evil isn't restricted to species, breed, sex, culture, color, or creed. This isn't really a book about a kick-ass chick who goes all Deathy on the enemy. Truth is, Alexia has a core that's less tough-ass and more grief stricken...like she got stuck in the rage state of loss and never quite got over it. Beneath it, though, is a woman who loved her husband and son and led a fairly normal suburban life prior to the world going to such hell in such a spectacular handbasket. So when she starts to warm to Andor, starts to trust a little and heal a little, you realize she's got quite a capacity for lack of prejudice. I liked her quite a lot, and I enjoyed Andor too.

There's enough world building and character development to keep a moderately tolerant reader very happy, but in truth, if you tend to be exceedingly critical of shorter length novels, I wouldn't recommend They Call Me Death. I was left feeling the ending was a bit contrived and wrapped up a bit too patly, and there were some plot holes and questions that didn't get sufficiently resolved to my satisfaction. That being said, I also thought that the narrative (first person from Alexia's perspective) was rather well done in that it started out as cold and brutally clinical as Alexia herself was, then warmed as her character slowly changed - and that rate of change was realistic and seemed very organic to the story. If this was all the writer's intent, than kudos for the subtly drawn device that assists a reader in experiencing Alexia's change with her.

I would've liked to see more about her military compatriots, but I will warn easily upset readers that there was one thread about a co-worker, so to speak, that was extremely dark and disturbing and definitely chilling - I appreciated it from an intellectual standpoint for what it was and what it disclosed, but it was rough on an emotional level. Fortunately it didn't last long.

I don't know that I would recommend this particular story for just anyone, but I will say that I would reread it. There was quite a bit here I liked.

Thank you so much for reading and reviewing my book! I'm thrilled with your 4 star rating. If you haven't visited my site or blogs, there is a prequel now posted on the blogs I've created for this world. The links are available here: http://www.msmissyjane.com/blogs.
Thank you!

Return from They Call Me Death to OGBDA Book Reviews Home