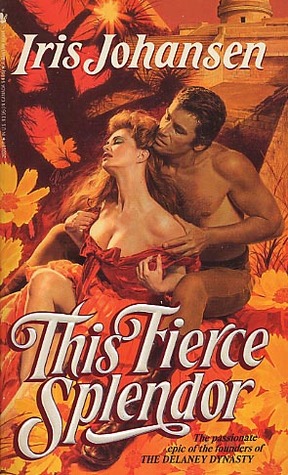 Disclosure: An ARC of this book was provided to me by Loveswept, an imprint of Random House Publishing Group, via NetGalley. This rating, review, and all included thoughts and comments are my own.

Elspeth MacGregor has dreamed of the lost city of Kantalan since she was a girl, the years her scholarly but emotionally abusive father spent trying to verify its existence leaving a mark on her from a young age. Where her father had doubts, however, Elspeth had none, and when her father died, freeing her from a life of little more than studious servitude, she gathered up her meager funds, screwed up her courage, and left her home in Scotland to traverse an ocean and cross a country. From civilization to the grim practicality and dusty lawlessness that defines the Arizona Territory in 1870, Elspeth traveled, intent on her dream, intent on finding Kantalan...and intent on convincing Dominic Delaney, a rogue of questionable recent history but the one man her father thought knew of Kantalan, to take her there.

Hunted by hired mercenaries for years after a gunfight that left a vengeful man's son dead, regardless of the fairness of the fight or the son's instigation, gunman Dominic Delaney has given up everything of value in his life, including his beloved family home, Killara, to keep his family safe. He eschews the homestead, residing instead in a whorehouse in Hell's Bluff, Arizona, making a living playing cards and spending his nights enjoying female companionship. Always looking over his shoulder. Always expecting a bullet in his chest. It's a hard life that's left him jaded and cynical, but when Elspeth shows up in town, doggedly persistent in her attempts to get him to do her bidding, Dominic's normal laconic nature gets a rude slap.

Queerly captivated by the obviously innocent young woman, Dominic has no intention of leading her anywhere but to his bed, yet he's quick to realize one painful but salient truth: for all her innocence, Elspeth is a force to be reckoned with, and her stubborn intensity about the fabled city and dreams of the treasure of history is a juggernaut that not even his self preservation can withstand. But leading her to Kantalan could very well be a suicide mission. If the mercenaries don't find and kill them, the ancient prophecy of a city lost to the ages and guarded by a pernicious god just might.

For years I've read and enjoyed Iris Johansen's suspense novels with absolutely no clue that she'd started out with romance years earlier. Shame on me; good on Loveswept for resurrecting this fantastic historical romance originally published in 1988. What a treat this sweeping saga of romance, treasure hunting, and frontier life turned out to be!

It's no surprise just how excellent Johansen is at the craft of writing, what did surprise is how completely captivated I became by the characters here and the story told. There were plenty of issues stacked against the book because of my reading preferences. I'm not a huge fan of historical novels, I don't particularly care for the landscape of the Southwest as a book setting, and I can pretty much take or leave frontier novels set in the Wild West. I was drawn to this book solely because I enjoy a good archaeological adventure a la Indiana Jones.

What I got instead was a breathless novel that shined a harsh but grimly accurate view on life in a place and at a time that was hard, sometimes cruel, and utterly unforgiving, with characters that were complex, layered, and only as good, most of the time, as they had to be to survive. Unless being bad paid better. I fell in love with Elspeth, whose feisty determination and courage despite the unimaginable dangers was as inspiring as it was exciting to experience, even when she was being a bit of a termagant. It took me a bit longer to warm up to Dominic, the boozing, whoring discontent who at one point set out to abscond with and rape Elspeth in punishment for some manly slight. He wasn't always a very nice guy, and while I appreciated the feel of historical accuracy and believability given his backstory, he didn't satisfy me as the romantic male lead until well into the book.

I was also surprised at how little of the novel actually included the archaeological adventure and search for Kantalan. Especially after the prologue of the book. That was my one genuine complaint with the novel, actually. Getting to the point of Elspeth and Dominic's journey to Kantalan seemed to take an awfully long time, with a tremendous amount of character development and world building preceding it.

I can't really complain too much about that, though, as one of the facets of the novel that made it truly shine for me was the vibrancy and depth awarded the secondary characters. Dominic's nephew Patrick and Patrick's unacknowledged cousin Silver, in particular, added so much to the story and were such fascinating characters that no sooner did I finish this book than I immediately wished I had another with them featured in it. Their stories practically begged to be told and continued even as their lives mixed and mingled - often painfully - with those of main characters Dominic and Elspeth.

Still, as much as I adored them, and admired the realistic touches of historical accuracy that the racial tensions evidenced, I was perplexed at how long it took to get to really deal with Kantalan and the too-expeditious manner in which it was done. And as the progression of a genuine romantic relationship between Dom and Elspeth didn't really dig in until just before that trip, a little too much of the book felt more like a battle of wills between two powerful contenders than a historical romance.

Of course, when the romance did kick into high gear I was swept away again by the sensual intensity and chemistry between the characters and loved every moment of their time together.

There was so very much to appreciate in this layered, detailed, authentic-feeling historical romance. I'm so annoyed with myself that I had no idea these books existed before I became a fan of the Eve Duncan series. I'm dying to read more about this complex and sometimes tragic clan of Delaneys, and can only hope Loveswept takes pity on this new but rabid fan and continues to release the rest of the Johansen books that feature this proud but flawed family. Hey, I'm willing to beg. Dignity is so overrated.

Return to top of This Fierce Splendor