Shamelessly Addicted to this Series 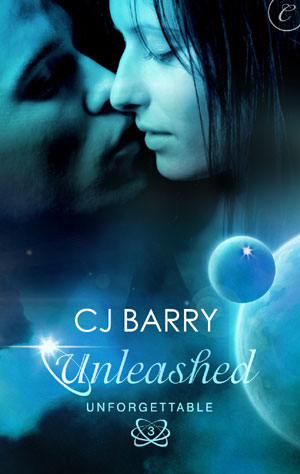 Interstellar fugitive and planet mapping guru Zain Masters is in a bit of a sticky spot. He has crash landed on a planet that has some fairly impressive, if oddly curious, self-defense mechanisms that both prevent his escape and make it impossible to get traditional help. Stuck in a huge crater with his artificially intelligent and sentient ship damaged and losing power as time passes, he's forced to take some wildly risky...and more than a little presumptuous...action if he has any hope of getting off that blasted rock.

If he can't get out to get help and it's too dangerous for a ship to come to help him, he'll have to bring help another way, and after some intensive searching across the galaxy, surfing tech posting boards and calling for aid, he locks onto a human from the planet Earth, the only one who had been able to make heads or tails of the images he'd sent out, and teleports her to him.

Kicking off the New Year with a healthy determination to get over the damage done by her lying, stealing, scum-sucking ex-boyfriend, computer programmer Lacey Garrett has comprised a resolutions list to end all lists. Nowhere on that list, however, has she written anything relating to getting snatched from her own yard and yanked across the galaxy, cat in arms, to come face to face with a stunningly attractive...but more than a little cranky...alien. She really should have thought a bit further outside the box on that list, because this particular adventure - if she believes it is an adventure and not just evidence of a fatal brain tumor or something - is really something she would have explicitly crossed off her To Do list.

In one of those rare ironies that makes the possibility of having a fatal brain tumor the less terrifying and not nearly as surreal option, Lacey is now stuck on a planet other than her own. In a ship that speaks. With a ma...er...alie....um...person who, for some ludicrous and highly illogical reason believes she can help him. She, the computer geek from a planet that doesn't even have galactic transport. Help him, the roguish Han Solo type with a spaceship that speaks!

Uh. Yeah. There's just no way this is gonna end well. For either of them.

Let's forget for a minute that the setup for this plot and the sequence of events that bring Zain and Lacey together strain logic a bit, even for the world of science fiction. Normally that sort of thing bugs me, but to be fair, I don't take this series too seriously in that regard. I'm far too busy being fully entertained by the action, adventure, fun characters, and sizzling romance to quibble overmuch about that. In fact, this series has become somewhat of a guilty pleasure for me and I wish it was longer than four books. I'm a bit addicted.

It's a total romp. An intergalactic, imaginative, fun, funny romp! Zain and Lacey have just enough baggage to make them interesting as main characters and the plot has just enough danger and intrigue to keep me riveted. The sex is hot, the science is plausible enough not to snap my willing suspension of disbelief, and the overall story leaves my romance-loving heart perfectly satisfied. What more can you ask? And I'm not even a big SciFi reader.

I loved following along with the broody and charismatic Zain. He alternated between prickly and protective so well that I quickly got my yen-on for him. Poor, displaced Lacey was also a lot of fun. I don't tend to prefer the lone-Earthling-in-space road - it was a problem for me in the first book in the series, too - but I liked who Lacey is, and thought her response to a massive, life-changing paradigm shift was as believable and realistic as possible, all things considered. And no doubt about it, Barry is excellent at generating, maintaining, and exploding the chemistry between her two lead characters.

I love that. So spicy, with a poignant kick that allows for depth of individual character and a surprisingly authentic level of emotion between protagonists.

Parts of the external conflict weren't as appealing as I would have liked. I was fairly disinterested in anything from the Bad Guy's point of view. He just wasn't all that compelling to me, and he kept interrupting the awesome push-and-shove of attitude, intellect, and intensity between Zain and Lacey. The overall arc of the external conflict was well developed and original, though. Secondary characters, too, always add a bunch of emotional depth to Barry's books and Reene, Zain's sentient ship, was a trip. I enjoyed him. And so much more.

I've really am a total sucker for this series. I love the characters and their adventures are awesome. The happy endings, this one in particular, always fully satisfy, and the attention Barry gives to originality, creativity, and attempts at maintaining plausibility are much appreciated. And lets not forget, the heat and romance are both totally out of this world.

"Nothing - except that they suck the life out of women, steal their brains and then leave them for dead. Not that it bothers me anymore, you understand. Therapy took care of that."

"I need to make sure you don't have any other scratches."

"Are you always so pessimistic?"

"Only when I get digitized across the galaxy without permission. I'm funny that way."

"I've just never experienced so many degrees of terror in such a short period of time. I can't wait to see what else you've got in store for me."

"I'd hate to disappoint you."

"Freedom doesn't just mean you can run when you want to. It means you can stay if you choose."

Return to top of Unleashed by C.J. Barry