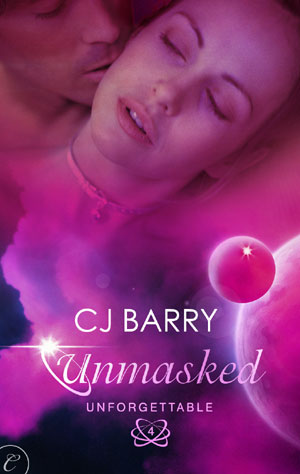 Torrie Masters fought long and hard for her own shipping run in the family business, Masters Shipping. She is captaining her freighter on her first run when her ship is wrenched from her control and boarded by pirates. Her crew is safe, and the pirates leave her alive, but there is no way that Torrie is going to let them get away with her cargo, nor allow any black marks to sully Masters Shipping's stellar reputation.

Not to mention, her family won't let her anywhere near her own run again if they find out what happened, and that's just not acceptable to her. Once the pirates have absconded with her cargo and left her ship, she does what any self-respecting, obstinate, righteous younger sister...and professional shipping captain would do. Race after them, determined to get it back.

Space pirate Qaade Deter and his crew steal. They even kill. For a legion of serious crimes, he's a wanted man across the galaxy. Still, he left the pretty, fiesty captain from that last ship alive. He should have known that was going to come back and bite him.

When she turns up on the shady, dangerous planet where he sells his ill-gotten gains, in the custody of a truly horrifying person, he buys her to save her from a far crueler fate. Again, he should have known his moment of insanity is going to come back and bite him. Or that she would. But he couldn't let her become what he once was, what he's spent all his adult life fighting, stealing, even killing if necessary, to prevent.

He's a wanted man and has more enemies than he can count who would happily make him dead, but to the slaves he rescues, then offers a new life, he is hope. A savior. To Torrie, he's just the sexiest and most singularly infuriating beast she's ever had the misfortune to meet. And she doesn't care what he's up to, she'll be damned before she lets him get away with her cargo. Or her heart.

I've enjoyed this series very much and I was thrilled to have it end on such a high note. Unmasked is my favorite book of the four, with a solid and well-defined plot and an impressive cast of characters. It's the most serious in theme of the four, with less levity than its predecessors, but it's still quirky and fun in places, even as it handles some significantly weighty issues.

I liked Torrie a lot as a character, even when some of her characteristics were less than pleasant. I could say the same about Qaade, though he didn't frustrate me like Torrie did. It was Torrie's character traits that I found the most compelling, though, even when they were annoying me spitless. Fiesty and fierce, I admired her passion for her job, her crew, and her ship, but she was also headstrong and obstinate, and close-minded with it. The tight grip she had on those blinders over her eyes spoke to her immaturity.

That's exactly what I found so compelling, though. She comes from a privileged and successful family, raised on a planet where slavery is allowed...even if her own family didn't own slaves. That still colored her personality and facilitated a willful obliviousness to her surroundings and situation. I couldn't help but equate her character to Southern gentry who may have been Union sympathizers but wouldn't dream of lifting a finger to assist the Underground Railroad. It was a surprisingly poignant and realistic, if not necessarily always pleasant, sense of character.

As the story progresses and she grows up a little and widens her worldview (or galaxy-view in this case, I suppose), she struggles to balance her personal values and goals against the good of the many. It wasn't always easy, it wasn't always pleasant to read because there were moments when I didn't like her choices, but it felt very organic to who she was and how she was raised. By far Torrie was the most layered, complex, and fully defined heroine of the series.

And Qaade holds that spot for the male main characters. He's certainly the darkest of the four, and he doesn't have a personal history that inspires a lot of humor and jokes, or lends to a lot of raucous good times. Barry did a nice job with his character. He's a bit of a tortured soul, heavily burdened by his commitment to the cause he started and the lives for which he's responsible, driven by his own past and memories of a family long ago torn asunder. The weight of the burden and the price of that drive - perhaps misplaced to some degree - is slowly crushing him.

Broody and intense, street smart and daring, and yes, sexy, his character has the sort of depth and dimension that really appealed to me.

Not to be outdone by the characters, the storyline is also the most layered and meaty of the series. Barry wove together plot threads of slavery, mass murder, pirating, family obligation, loss, and more, then cozied that all up to a satisfying romance with two impressively well-rounded characters that sparked off each other with heat and intensity. That's a lot of story to tell and it took a deft hand to do it as well as it was done here. Barry starts fast with a one-two punch of a potential space disaster and the pirating, then races along to the final page without letting readers have much time to rest or get distracted along the way.

Unmasked wasn't as lighthearted or carelessly fun as the first three books in the series, and it didn't have as many quirky characters or comedic moments. It exchanges that for a story with more gravitas and characters who were more realistic and three dimensional, flaws and all. There were a few moments throughout the story that I felt were just a touch implausible (relatively speaking), and there were times when I could have cheerily bopped Torrie over the head, but the cummulation of all the pieces and elements made for a totally entertaining book with a lot of heart. I'll miss this series now that it's done, but I'll definitely look for more from Barry.

Return from Unmasked to 4.5 Star Reviews