Reaching Critical Mass Has Never Been So Fun! 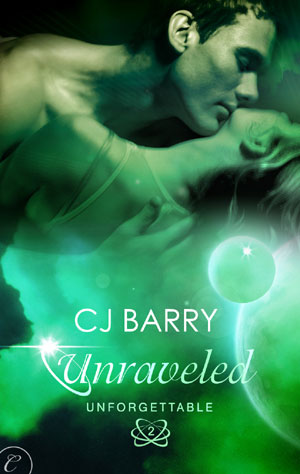 She is running out of time. Her thirtieth birthday is more than an ordinary milestone for Majj Institute honorary member Tru Van Dye. She has until then to make a significant scientific discovery and secure her Charter or she'll be kicked out of the only home she's ever known. Unlike the rest of the Majj, she isn't at the Institute by virtue of one of the most coveted invitations in the galaxy. Her father was the head administrator of the Institute prior to his death, and she'd been born there.

That fact has kept her segregated, and feeling that her spot hasn't yet been earned put a wall up between her and the rest of the population. Tru's life-long goal is to earn that spot and the acceptance that would come with it, secure her future, and finally be able to pin a full Majj crest on her uniform. It's a goal she's been working on to the exclusion of all else for the past year, and she's willing to risk everything, including sneaking off her planet without proper authorization, to see it through.

She just needs Royce Coburne, known politely as an acquisitions specialist, to help her do it.

Having given up treasure hunting for the space station he's renovating and turning into a luxury space port, Royce is up to his ears in debt and has investors breathing down his neck. That's the only reason he's even willing to hear the offer from the Majj. The amount of money she's offering for his services would keep the creditors at bay until he can get the space port open and money rolling in, but his hatred for the Majj for their role in his sister's death has him yearning to turn it down anyway.

Even though the beautiful but uptight Tru Van Dye stirs his blood in ways he definitely doesn't want to consider.

Together the two reluctant allies will traipse across the galaxy, following clues to the largest cache of art and treasure ever gathered in one place, rumored to be the artistic repository of a long dead civilization. If they find it, Tru will be able to secure her Charter at the Majj Institute and Royce will have enough money to buy out his investors, finish his luxury space port on schedule, and own it outright - with plenty of money to spare.

It's a pity so many people want to see them fail and each leg of the journey is so damn dangerous. They may not live long enough to prove the treasure even exists.

As much as I hate to say it, I can get a little...not critical, really...more hyper-aware when I'm reading. As a book reviewer, I don't just read for relaxation or enjoyment. I can't if I want to be able to write intelligently about what I've read. I have to focus on story elements, character definition, plot development, etc. so I can gauge the book, weigh and measure it, and formulate comprehensive opinions. Sometimes it's exhausting. Sometimes it can make me a little jaded. Sometimes, I'm sad to say, I even forget. I forget that reading is supposed to be fun.

Then I get lucky and a book like Unraveled comes along and reminds me all over again just how fun reading can be.

I'm not saying it's the best book ever. I'm not saying it doesn't have some critical issues that I could address. I'm saying that despite a few minor issues with the narrative and a couple of things I would've liked to have seen evolve a bit differently, Unraveled delighted me and gave me several enjoyable hours of pure reading fun.

I fell a bit in love with the sheltered but determined Tru. Undeniably intelligent, she's also completely out of her bookish element and a bit over her head with the brash and sexy Royce. Yet she goes toe-to-toe with him every time it matters and bests him far more frequently than he does her...even when she's quaking inside at the confrontation. Her appreciation for all things unique and flawed is not only completely sympathetic, but it pairs her perfectly with the quite flawed hero, a man who takes more risks than an average person could hope to live through, still feels guilt over the loss of his sister, and has a fair amount of angst in him over his humble beginnings.

They had great chemistry, and I was so enchanted with Tru's approach to her full awareness of Royce as a man and Royce's bumbling reactions to it. As a couple they had a fresh and lovely mix of sexy heat and quirky fallibility that really appealed to me. Surrounded as they were by a fast-paced adventurous romp through the galaxy, their romance and their journey just made me smile.

The plot was pretty straightforward. It wasn't hard to figure out where it was going or guess the obstacles it would have to cross to get there. Still, Barry's breezy, quick-witted, sexy narrative zips along at warp speed and fully engaged me from start to finish...and I didn't want it to end. There were just enough external conflicts to keep it interesting, but the focus of the book stays pretty tight to the characters and the plotline reflects that.

It would read perfectly well as a stand-alone for anyone unfamiliar with the first book. There were a few mentions of the characters from book one in the series, and a brief cameo of one of them, but overall, this book is pretty neatly self-contained. That's a particularly good thing in my opinion, because I favored this one over its predecessor quite a lot.

Despite me not having much experience with, or even being a large fan of science fiction romance in general, this book served as an excellent reminder of everything I love most about reading. I had a great time reading it. I don't know if other reviewers are like me and start to get a little too clinical in their approach to reading sometimes. I just know I do. Just as I know that this book served as a very nice remedy for the situation, reminding me of something I needed to remember.

Return to top of Unraveled by C.J. Barry