Not Much Is Left Unrequited Here 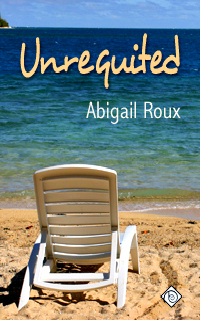 As a huge fan of the writing duo of Madeleine Urban & Abigail Roux, I thought I'd give Roux's single authorship a try, and I'm quite glad I did. Unrequited is the story of prosecutor Vic Bronsen, a man in love with a guy who treats him more like a pleasure pit stop than a partner, and for five years Vic's been putting up with it. Every time his lover Owen leaves his bed (rarely more than thirty minutes after sex), he also seems to leave Vic's life, until the next time Owen has an itch to scratch. Then the phone rings, and Vic's right back to where he was. It's enough to make a man feel cheap and used.

Growing more and more depressed by the situation, and starting to think less and less of himself for his inability to leave Owen alone, when his best friend Shane takes a month's vacation from his job as a seated judge, and offers the opportunity for some sun and sand on the outer banks of North Carolina, Vic takes him up on it. When Vic starts to realize that all the things he yearns for from a relationship with Owen are all the things he enjoys most about his friendship with Shane, he begins to question if he was looking in the right place for love. But Vic doesn't even know if Shane is gay, and that may be a problem. Will Vic be destined for a lifetime of unrequited feelings, or is Shane the one for him?

Well written, Unrequited is a decent story, but it's quite short, and the length hampers the development of the relationship between Shane and Vic and limits the characterizations of all three men. Ultimately, the resolution at the end seemed far more forced than organic to the story, and from the point that Owen shows up at the vacation spot to the end, the story didn't really work for me, but I really enjoyed what there was story-wise between Shane and Vic on their trip. I truly would've liked to have seen where this story could go if it was about 100 pages longer. 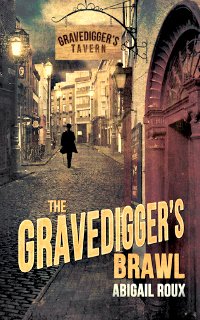 Return from Unrequited to Reviews of Abigail Roux & Madeleine Urban

Return from Unrequited to LGBT-MM

Return from Unrequited to One Good Book Home