Very Cute and Quirky Texas Romance With a Dash of Suspense 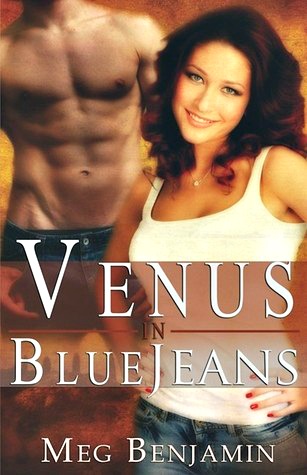 Konigsburg, Texas may be a tourist's nirvana, but the residents have to live there year round and they take their town pretty seriously. New business owners like Dorcia Kent are given the hairy eyeball for a while until they prove themselves, even if they have lived in town for two years. If meddling Margret Hastings has her way, in fact, Docia would be run out on a rail with her hair on fire. Meanwhile, tall and good looking veterinarians like Cal Toleffson who've only been in town for a couple of months don't have quite the same problem. He's charmingly oblivious, but everyone else has surely noticed that the veterinarian clinic he bought into when he moved to town has had a huge swell of female pet owners of late...though he has been appreciating the cookies and brownies that have been pouring in. That doesn't keep him from heading to the Dew Drop for a beer after work. It may not be the shiniest place in town, but the tourists tend to stay away, and he can get a cold drink and talk to a few of the acquaintances becoming friends.

The Dew Drop didn't offer much in the way of female companionship, though. Not until he looked up and felt the heart fall out of his chest. Botticelli's Venus was suddenly standing at the other end of the bar, ordering a margarita and glancing his way. In that instant, Cal was a goner, the zing of attraction for her more like a lightning bolt in his chest. So he did what any self respecting veterinarian smelling like the back end of a goat would do...he fled.

Unable to get the woman off his mind, however, he had every intention of regrouping and following up with the woman his friends told him was Docia Kent, gorgeous, yes, but according to rumor, uninterested in the local male population. Little did Cal know that a feline emergency would drop the delectable Docia right into his lap - but he's got to save her beloved...if a bit bedeviled...cat first.

Full of zany secondary characters and a town that takes on a personality all it's own, Venus in Blue Jeans is a quirky, sweet romp in the Texas heat. The attraction between Cal and Docia is instantaneous, and the developing relationship is fun to watch. There's a bit of suspense, a bit of mystery, and a bit of laughter to be found on the pages of this book, and Benjamin's style is cool, crisp, and smooth. I enjoyed both Cal, the vegetarian veterinarian, and Docia, the land magnate's headstrong and independent bookselling daughter. Cal is fairly uncomplicated and easy going, and watching him try to avoid the romantic clutches of Margaret Hastings is quite adorable. Docia is a bit more complex, with Daddy issues and still bearing the scars of a money-hungry ex-boyfriend who used her for her connections. Toss in a feisty chihuahua and a slightly deranged self proclaimed nemesis and a few shady happenings, and you have several hours of enjoyable reading.

I liked it quite a bit, actually, despite a few small issues. The relationship between Cal and Docia developed a bit too quickly for my personal tastes, and the inevitable relationship conflict seemed a wee bit lacking in the conflict department. Cal's reaction to what happened (details withheld to prevent spoilers) came off as a bit too harsh given his personality, and when I looked at the big picture, I sorta understood where Docia was coming from and why she felt the way she felt at that point in the story. Because everything moved so fast between them, I just think a little more give on both sides would have been more realistic.

The book was an incredibly quick read, and I'm not sure if it was just that the narrative was that smooth and the characters and plot that interesting, or if it was just remarkably well paced and pleasing for me stylistically. Both are true, so regardless, I found myself surprised at how quickly I was invested in the story and town. It did lack a little...oomph, I guess, in the emotional impact department. That's not a criticism at all, though. That's more personal preference, maybe. I liked it, and as it's the first Meg Benjamin book I've read, I'm pleased to have found a new author I enjoy. If you like romances that are more sweet than intense, with humor and a bit of suspense thrown in, you can't get much better than Venus in Blue Jeans - especially while it's being offered as a free Kindle download. I've already bought the second in the series, Wedding Bell Blues: Konigsburg, Texas Book 2. Can't wait to see what's up in Konigsburg next!

Return from Venus in Blue Jeans to Contemporary Romance Genre