Strained My Willing Suspension of Disbelief 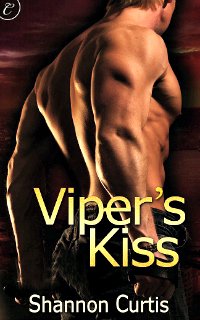 Maggie Kincaid isn't having a good week. She's been forced to disguise herself as an old woman to sneak past a throng of fans just to get to her library job at the University of Washington. They're not her fans, per se, though they don't know that. It's just her rotten luck that a woman bearing enough resemblance to Maggie to be her doppelganger posed nude as Miss April Hotrod in a popular...and apparently well-circulated calendar.

Little did Maggie know that the abject mortification caused by the...um...lovely Ms. Kandy Karamel (there was a website, too) would actually be the highlight of her week. It went steadily and horrifyingly downhill from there.

Arrested, witness to double homicide, kidnapped, almost murdered, forced to nearly kill in self defense, kidnapped again, held in custody by a gorgeous security agent she could just lick up like sweet cream (that part's not so bad), condemned for espionage, almost killed - again...and again, accused of treason, and more. Some days it just doesn't pay to get out of bed. Except for that whole gorgeous security agent thing. The big jerk may think she's the most obvious and stupid spy in history, but he's got one fine form.

Said big jerk Luke Fletcher is convinced he's finally apprehended one of the world's most notorious spies, code name: Viper. They have Viper on tape murdering a man and stealing highly classified and sensitive materials that could be used against the country and the men and women who fight for it. Luke's seen the tapes. Studied them. And has no doubt Maggie Kincaid is the cold-blooded, murdering spy he's been tracking. Even her own laptop shows quite clearly that she was the one who hacked into the classified files prior to the theft. Every single scrap of evidence points directly at the delicious...er...devious Maggie.

And all the protests that spring from that hot, wet, gorgeous mouth of hers...a mouth he could easily and happily imagine around his...um...weapon of mass destruction...won't save her ass....that tight, luscious ass of hers... Uh, yeah - he's focused and single-minded in his determination to bring Maggie Kincaid down. By any means necessary.

I have ultimate respect for authors and the effort they put into writing stories they hope their readers will enjoy, and I do my best to remain true to that respect in my reviews. I always keep in mind that I'm reviewing books, not authors, not other reviews/reviewers and/or their opinions. Books. Still, sometimes I have to wonder what an author was thinking when I read something that really strains my ability to maintain a willing suspension of disbelief. Unfortunately, that's the case here.

It's not that Curtis isn't a decent author, or that the book showed a lack of skill. In fact, most of Viper's Kiss is a fast-moving, action-packed, lusty, wild ride. It's skewed heavily towards the lighter, more humorous end of the romantic suspense sub-genre, of course, and there were parts that felt like farce - fun on the surface, not a lot of depth beneath. But that's fine - it's not always to my personal tastes, maybe, but I recognized it for what it was and could accept that. Obviously so, or I wouldn't have considered this a three star book.

No, my problems came not so much from the execution of the story, but from the concept behind it. There were just too many coincidences, too many clichés, too many bad ideas. Does the world really need one more security/bodyguard/protection company staffed by ex-Special Forces military types? They're as ubiquitous as paranormals in New Orleans. Hell, I've read books where the paranormals in New Orleans were the ex-Special Forces military-type security agents. It's been done before.

I'm sorry to say it's been done better. Aspects of this book were very ill-defined. It was never made clear just what sort of security agency would send out agents to track down spies and get smack in the middle of an investigation that included the brutal murder of two police officers without once having to answer to the cops. Or even come face-to-face with one. That's FBI-level stuff at the very least, CIA more likely, not a group with a questionable agenda and undefined government connections, one who seems to be roughly akin to highly skilled bounty hunters but who acts like Fed. One with agents, I have to say, who are really bad at their jobs.

I mean, seriously, the egregiously large number of things that should have been verified and investigated before detaining a U.S. citizen and accusing her of murder and treason were fairly astounding. Not to mention how quickly and often a rank amateur gave three decorated military men the slip. The sheer implausibility of it all was more than I could bear.

I need a book to be at least vaguely believable to enjoy it. Maybe that's odd, given my reading preferences, but even the most wildly fantastical world ruled by the wickedest mystical elements has to make sense within its own mythos to work for me. Viper's Kiss wasn't badly written, nor was the story devoid of high points. For me, though, there were just way too many things that prevented me from maintaining a willing suspension of disbelief.

Return from Viper's Kiss to One Good Book Home