A Lovely Romance With Likable Characters 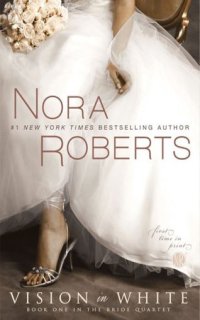 Four women, best friends since childhood, share ownership in the growing wedding planner business Vows. Each has their own strengths and abilities, each their own role in the business, and the only thing they are more committed to than making Vows a success...is each other.

Mackenzie Elliott is an artist behind a camera, with a spectacular ability to capture perfect moments and turn them into visual memories. That ability serves her well as event photographer at Vows. Carrying scars from a childhood that lacked emotional stability, her photography is both a passion and a coping mechanism, a way to make love last, if only through recording it. Besides the contentious relationship she has with her mother, a truly selfish and wretched woman, Mac is quite content with her life, and loves her friends, her home, and her job.

English professor Carter Macguire sees stars when he gets his first eyeful of Mac since high school. Trouble is, they're circling around his head after the shock of catching her topless in the middle of her studio causes him to slam it into the doorjamb in his haste to leave. As if that mortification isn't enough, the fact that Mac is the redheaded beauty he had an unrequited but intense crush on in school makes the embarrassment several times worse. Though, admittedly, the double vision had its moments.

Mac doesn't know why, but there's something about Carter that just gets to her. The quirky, geeky guy is charming and his unreserved honesty is a refreshing change from most men. Despite an ignominious start, now that he's caught her eye, Carter has no intention of letting her overlook him again, nor does he intend to allow her deep-seated commitment issues ruin what he knows is the best thing to ever happen to both of them.

It doesn't really matter if it's romantic suspense or contemporary romance, if it has paranormal elements or not, if it's a stand-alone or a part of a series, I turn to Nora Roberts' books whenever I want a guaranteed read. Of course I don't expect to love every book, that would be too much to hope for, especially with the monstrously prolific Roberts. I do, however, expect a well written book with lyrical prose and believable characters. For that, Roberts has never disappointed me, even if I haven't liked every single tale being told.

Vision In White gave me that guaranteed read I was looking for, just as I expected it to. Even better, it had story elements that I loved and several of the descriptive passages in the narrative painted such vivid mental images that I was flat-out wowed over and over again throughout. Mac was a pleasant enough female lead, pretty standard for Roberts, really, but I have to admit, I fell in love with the klutzy, quirky, nerdy Carter, his romance retardation, and his three-legged cat. He stole every scene he was in and I felt, like Mac, that his inexplicable charm was absolutely adorable.

And I'm a sucker for unrequited-to-happily-requited type stories.

The short series (trilogies and quartets) Roberts writes tend to be my favorites of her great body of work for their portrayal of the various bonds and connections in the relationships between sisters, brothers, friends, and family beyond the featured romantic pairing in each book. I always love seeing those relationships evolve as the series arc progresses, and I look forward to the same here. I also enjoy Roberts trend towards easily recognizable and sympathetic female archetypes in these short series and male lead characters who are wonderfully normal, generally decent guys with just enough complexity to keep them real but leaving off much of the pathos and angst that has become prevalent in the romance genre. Sometimes, I just like reading that nice guys do get the girl...even if it's fictional.

I've mentioned in other reviews of Roberts' more recent books that I haven't been fond of a trend I've noticed in the dialogue she's writing, and unfortunately, that almost abbreviated style of speech between characters is in evidence here, though perhaps not as prevalent as I've seen in other books. I don't understand, and don't think I ever will, how Roberts got started with that but I wish she'd stop, because affected scenes with a quick back-and-forth between characters don't read like natural conversation, they read like rapid-fire retorts from a Tommy gun. Not exactly appealing.

Beyond that stylistic issue, there were a couple of story elements that didn't quite work for me in Vision In White. I wish the conflict with Mac's mom had been handled differently. Mac's reactions to her friends' cautions and advice became repetitive but progress dragged, then came too abruptly as the end of the book approached. I would have liked to see more spine showed, too, and would have enjoyed Mac dealing with some things without help. I also wasn't totally happy with how the romance plot thread between Mac and Carter got squished up at the end, with a sparse conflict and resolution phase. The last chapter or two ended up feeling a bit rushed overall, with the romance aspects taking the biggest hit.

Of course 'biggest' is such a relative term. Regardless of my issues, I thoroughly and completely enjoyed Vision In White and look forward to another relaxing afternoon when I will gratefully sink into the second in the four book series, Bed of Roses. I already have it sitting pretty in my TBR pile, in fact, for the next time I need an absolute guaranteed good read and the comforting familiarity of characters I've already come to know and enjoy. It's always and only Roberts for me in those cases, after all.

Return to top of Vision in White

Return from Vision in White to OGBDA Book Reviews Home