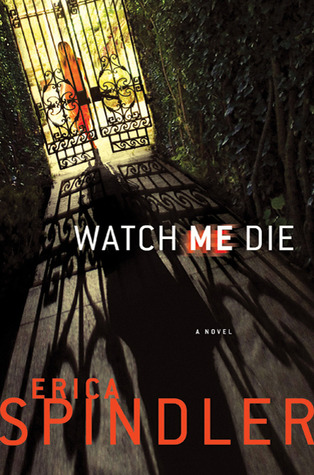 Disclosure: I received an ARC of this book through the Amazon Vine program at Amazon.com

. This rating, review, and all included thoughts and comments are my own.

Six years ago Hurricane Katrina devastated the Gulf Coast and raged over New Orleans like a furiously spurned lover. The levees that held at bay the water surrounding The Crescent City could only withstand her onslaught for so long before giving way and spewing forth its deadly flood waters. What started as a natural disaster ended up a national catastrophe of biblical proportion. It left ragged scars across the landscape of the south and soul-deep wounds in the hearts and minds of all it touched.

Some of those wounds have stayed fresh; sharp shards of grief, loss, and guilt persistent in their inexorable ravaging.

Mira Gallier's wounds led her down a path of misery and self-destruction after flood waters swept her husband away. In the six years since, the loss of her idyllic life and the love that lit it are still a solid wall of grief in her heart. Progress has been slow and heavily-laden with therapy, but it's really her work that has kept her sane. Restoring stained glass is what she does, and her cause was newsworthy after Katrina had her way with the historic city. It gives her purpose still, though she's not quite quit of her demons.

Then a priest is killed, a good man who had become a friend to Mira during the restoration of his church's stained glass windows. Windows which were defaced during the crime.

A street preacher who had allegedly accosted Mira in her shop is victim two.

By the third victim, the pattern is clear and Mira is at its center. What the police don't know, what Mira herself starts to question, is whether she is the cause of the vicious crimes spreading like a bloody stain across the city...or the intended target.

Spindler's newest psychological thriller is my first experience with the author, and I liked what I read. I've got a soft spot for books like this, books that can stand alone but have overlapping secondary characters in a same-world/same-city, loosely connected web. There is a fine line between making a reader feel excluded if they haven't read previous books and drawing them in but letting them know these characters, this world, have existed for a while. Being able to tread that line and stay on the inclusive side of it often sets writers and their series apart for me. Spindler did a good job of it here.

It's also one of the better suspense novels I've read lately that contain a strong thread of police procedural winding through it. Too often those threads can seem dry or clinical, but the vividness of Malone, his cop family, their various partners, significant others, and bosses as characters kept that aspect of the story fresh and intriguing. In fact, the secondary characters in the book were some of the brightest stars, so instead of becoming a bit boring, or slowing the narrative flow, the police procedural threads added layers of complexity and suspense in their own right. I thoroughly enjoyed that.

I have to admit, I wasn't crazy about Mira as a character. I fancy protagonists with flaws and damage, but tend to get annoyed by those who let their flaws and damage make them weak, and I think Mira tread too close to that line throughout the book, and more than once flagrantly crossed it. Too, I wasn't thrilled with the resolution of an ancillary story line featuring Malone's new partner, Bayle. For similar reasons, actually, and to be more specific would force me to include spoilers I'm loathe to include. Suffice it to say, six years is a long time.

I wish Connor had more of a presence in the book and the thread between him and Mira had been beefed up a bit - but I freely admit that's for purely selfish reasons. I liked him.

The main suspense plotline was hearty and nicely fleshed out, with enough twists and turns to hold my interest and cast suspicion over a wide range of motives and suspects. There was even a twist or two that caught me a little by surprise. The identity of the perpetrator wasn't one of them, but that's okay. Whether or not I'm able to suss out the whodunit prior to the Big Reveal is not the basis for my appreciation of thrillers. How the reveal happens and how all the pieces fit together is a far better indicator.

In that regard, what comes most to mind about Watch Me Die is that it is...solid, if not flashy, steady if not wildly pulse-pounding, and entertaining, if not shockingly thrilling. It has some great points, but the characters didn't all work for me and the ending wasn't all that much of a surprise. One or two of the bits and pieces during the conclusion seemed a bit clichéd. Overall though, it provided a nice few hours of reading enjoyment and, not to be left unsaid, it served as a necessary reminder of the indomitable spirit of a city and its inhabitants after a tragedy that took so many lives and robbed so many of their homes, their jobs, their loved ones, and their humanity.

Return to top of Watch Me Die

Return from Watch Me Die to OGBDA Book Reviews Home