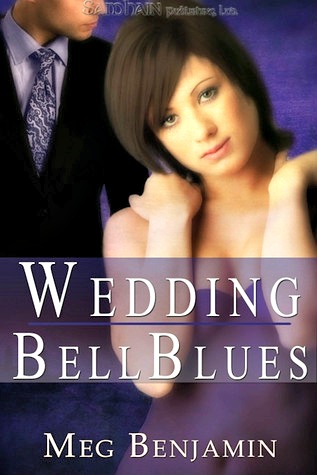 Pete Toleffson is in Konigsburg, Texas because his brother Cal has finally convinced his fiance Docia to have a wedding ceremony. He's Cal's best man, but he has no idea what a best man is supposed to do, exactly. He's pretty sure he's not supposed to punch his brother, but the impulse is there every time he catches sight of Calthorpe's ever-present and perpetually satisfied grin. It's not that Pete begrudges his brother's happiness, but Pete's in a strange town full of stranger people and ragged from his job as a county attorney - a job that he tends to obsess over...to the point that he can't remember the last time he took a vacation. Staying away from his email and voicemail while he's in Konigsburg takes conscious intensive effort, and he could buy stock in the antacid company that keeps his acid reflux in check. Supporting his brother through The Wedding from hell might just be his undoing.

If sheer force of will and hard work can make The Wedding go as planned, Janie Dupree's life would be a lot less complicated. Unfortunately, everything about The Wedding seems destined to a calamitous end despite all her efforts and the best man is absolutely no help. Not to mention, he's rude. Cute though. But Janie's seeing someone...sort of...even if he is boring and self-involved. And then there's The Wedding, which is taking every single ounce of self control and mental fortitude to deal with.

Just when Pete is starting to relax, and starting to more than notice Janie and even step up a little in his best man role, Toleffsons start to pour into Konigsburg and it becomes painfully clear that the town is definitely not big enough for all of them. Neither Pete nor Janie would put money on surviving The Wedding intact.

Since stumbling across Venus in Blue Jeans when it was offered as a free Kindle download on Amazon.com, I've become totally addicted to the town and inhabitants of Konigsburg, Texas, and thoroughly pleased with Meg Benjamin as an author. With a smooth, crisp writing style that highlights the strength of the series - the quirky characters that populate Konigsburg - and makes the narrative flow surprisingly well with whatever crazy situations those characters find themselves, Benjamin has a gem of a series on her hands. As I was with Venus in Blue Jeans, I was surprised and impressed with just how quick and fun a read Wedding Bell Blues is, and credit the author for both the fluidity of the narrative and the charm of the characters and setting.

I liked Pete and Janie - perhaps not quite as much as Cal and Docia, but still they were a pleasure to read about. I don't think Pete's character was quite as well developed in the beginning of this book as Cal's had been in his, so the evolution of Pete's character from sourpuss jerk to nice guy was a bit subtle, but I enjoyed the results all the same. The Wedding is a good foil for the book, though the insular nature of wedding preparations did slightly diminish the role of the town and townspeople as the forces of nature they were in the first book. What it provided, however, was a surprisingly realistic and occasionally tragic conflict with the Toleffson and Dupree families' dynamic.

There was little smooth about that dynamic. With one brother whose wife is a vapid trollop with the maternal instinct most cobras would envy, a mother who disapproves of everything and anything, and an eldest brother with far too much bad history to forgive, Pete's family was pretty much nightmarish. I didn't much care for the mother or the sister-in-law, but thought it was great storytelling. Janie's got some conflict with her mother over the guy she's seeing and she allows herself to be a bit of a doormat in a couple of places when being nice didn't serve her very well, but I actually know people just like her so there was definitely a sense of realism to her character.

As much as I wish a couple of the less than pleasant people in the book got more of a comeuppance, I appreciated the story as a whole and was thrilled to see the direction it's taking. I had a bit of an issue in the previous book with the speed with which Cal and Docia got together, and for my personal preferences, the relationship between Pete and Janie developed in a far more pleasing time frame, right up until the end. There was a massive leap in development towards the end that seemed abrupt and precipitous, but overall I enjoyed the entirety of their relationship.

I think Venus in Blue Jeans was a bit more quirky in both character and story, and just a touch more charming because of it, but Wedding Bell Blues was a more complex tale that provided more depth with the familial issues and in my personal opinion, was more realistic with an overall better plot. I've become a huge fan of Benjamin and this series and am looking forward to continuing with Be My Baby. I've enjoyed the Toleffsons and love the town and people of Konigsburg. I can't wait to return.